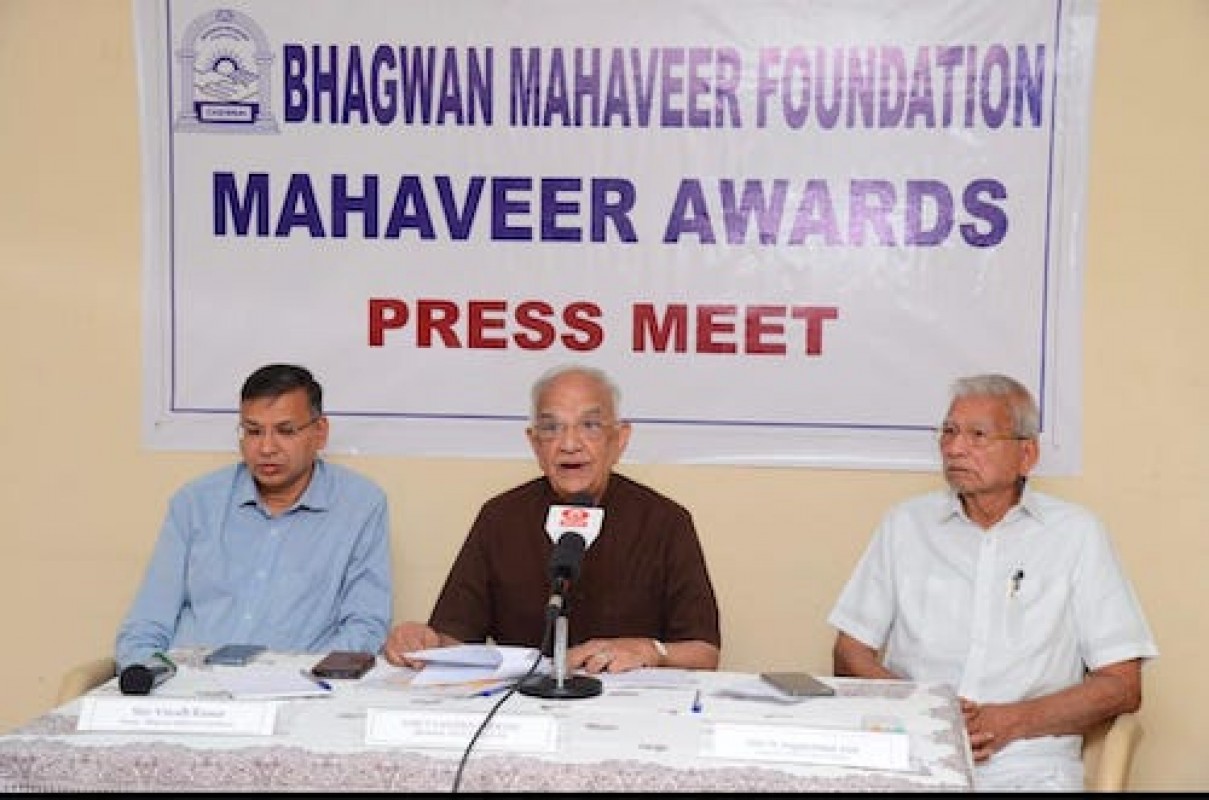 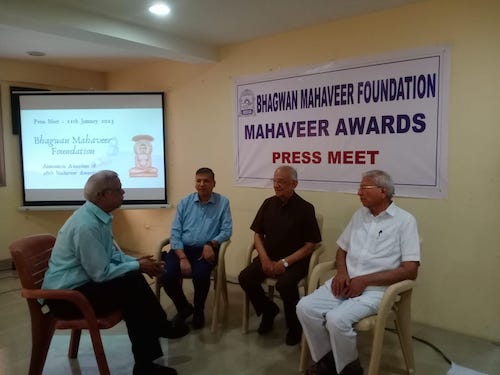 Shri T S Krishnamurthy informed about the selection process and the highly charitable work done by each of the Awardees. He also informed that the Awardees are doing excellent selfless service in difficult terrain and circumstances.

Shri S Vinodh Kumar, the Trustee, informed that since inception 84 awardees have been recognized for their very high standard of selfless service for the welfare of the underprivileged. He also said that this year 4 more awardees are selected taking the total no. of awardees is 88 from 23 States and 1 Union Territory. He thanked the Selection Jury for their support and guidance.

(1) Dhyan Foundation, New Delhi- The organization worked in association with BSF and rescued about 70,000 animals including bovine animals and managed over 43 animal shelters and gaushalas across India. Dhyan Foundation is running 10 ambulances across 5 cities in India. The Foundation organises temporary shelters. Save a cow’, ‘feed a dog’, ‘help a monkey’ and ‘befriend a bird’ are their popular campaigns.

(2) Friends of Tribal Society, West Bengal- Society is working to give non-formal basic education to children residing in rural and tribal villages of India. Ekal schools are run in chaupal, under a tree, in a village courtyard or at the teacher’s home, as per the availability of space, season and climate. The Society has established more than 1.02 lakh Ekal Schools. More than 26 lakh children of the age group of six to fourteen in more than 1.02 lakh villages are currently studying in Ekal Vidyalayas in the rural and tribal areas.

(3) Jan Swasthya Sahyog, Chhatisgarh- The JSS provides affordable healthcare which is easily accessible to the rural tribal communities. Comprehensive healthcare is provided through a 3-tier system consisting of Village Health Workers at the first tier, providing door-to-door care and primary healthcare, catering to a population of 41,000 residing in the 72 villages, out of which 67% are vulnerable tribal groups. The JSS provides low-cost care to 3,90,000 patients from over 2,500 villages of Chhattisgarh and adjoining districts of Madhya Pradesh. Tertiary care is provided in a 100-bed hospital.

(4) Nongstoin Social Service Society, Meghalaya- Providing support, guidance, and training in life skills and good farming practices and bringing about a difference in the lives of the underprivileged and marginalized people through economic empowerment, mainstreaming children, women and persons/children with disabilities by skill training for youth, creating awareness about their rights and assist them in obtaining their entitlement. The organization assists about 39,000 children in difficult and different circumstances. Also promoting an integrated Farming System to 40 villages and 1,000 farmers directly led to the transfer of technical know-how, and efficient usage of bio-pesticides & bio-nutrients which has improved productivity and production. They have set up a Herbal Medicinal School, managed by The villages under the guidance of the organization.

The name of CPCSEA changed to CCSEA