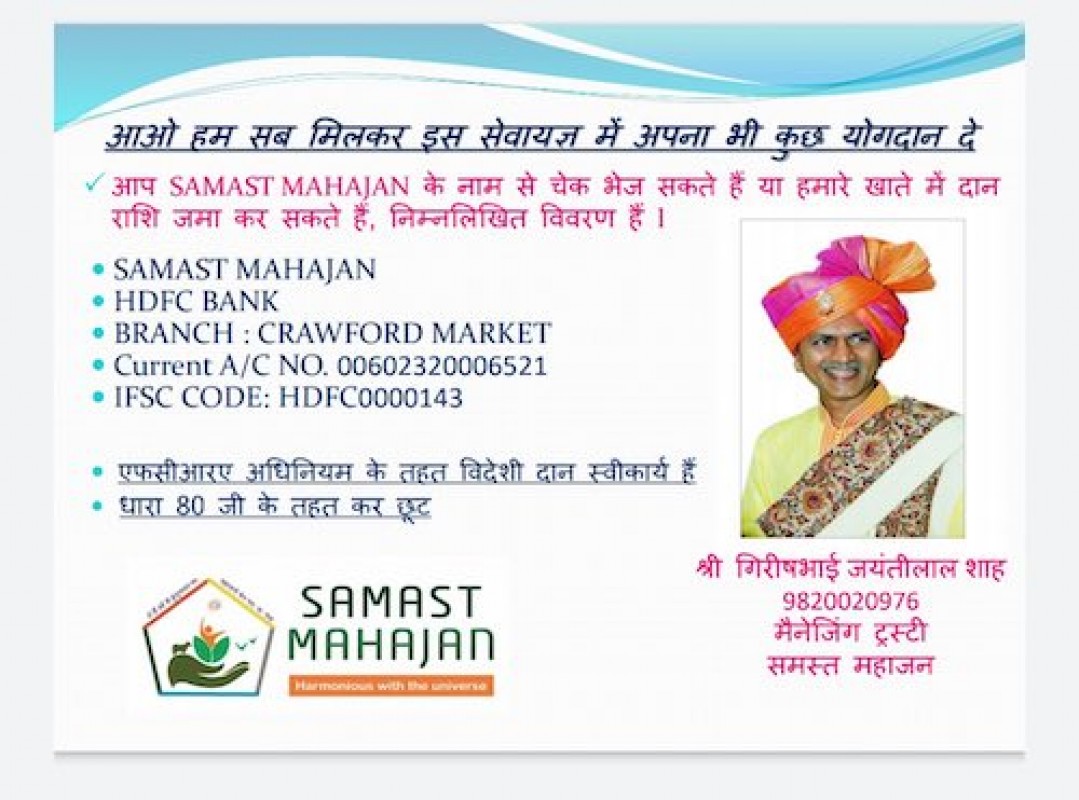 National Award Winner Organisation, Samast Mahajan has requested all the Animal Welfare Organisations(AWOs)  of MAHARASHTRA State those are facing challenges feed- fodder and health care of the sheltered animal, especially management of AWOs and Goshala/ Panjrapole are short of feed for the animals. Girish Jayantilal Shah, Managing Trustee of Samast Mahajan has announced a special fund for rescue and saving the lives of animals sheltered by the organisation and animal life in danger, due to lack of fund  AWOs are unable to purchase feed and fodder.

Shah stated the media that due to COVID-19, the animals are badly affected and several organisations are in trouble to maintain their  Shelter and Goshala at least for arrangement of maintenance grass for suffering animals. He said that  Maharashtra State is most suffering State in the country and Goshala arrangement  has no fund to purchase the feed and fodder. He wrote a letter to the Maharashtra government but there is no response received so for. Due to this kind of critical situation, Samast Mahajan has called applications for funding and save the lives of animals during the lockdown.

In an official press release, he stated that  "Application Form" for releasing the financial assistance has been invited with certain terms and condition like a recommendation from district collector along with proper detail of the organisation. As soon as the proper application received from  AWOs/ Goshala, Samast Mahajan will release the grant on the same day without any delay. He said that any query related to documentation may be asked from the office of the Samast Mahajan. Currently, an amount of Rs.25 thousand to rs 2 lakhs is given to each organisation depending on the number of animals they shelter.