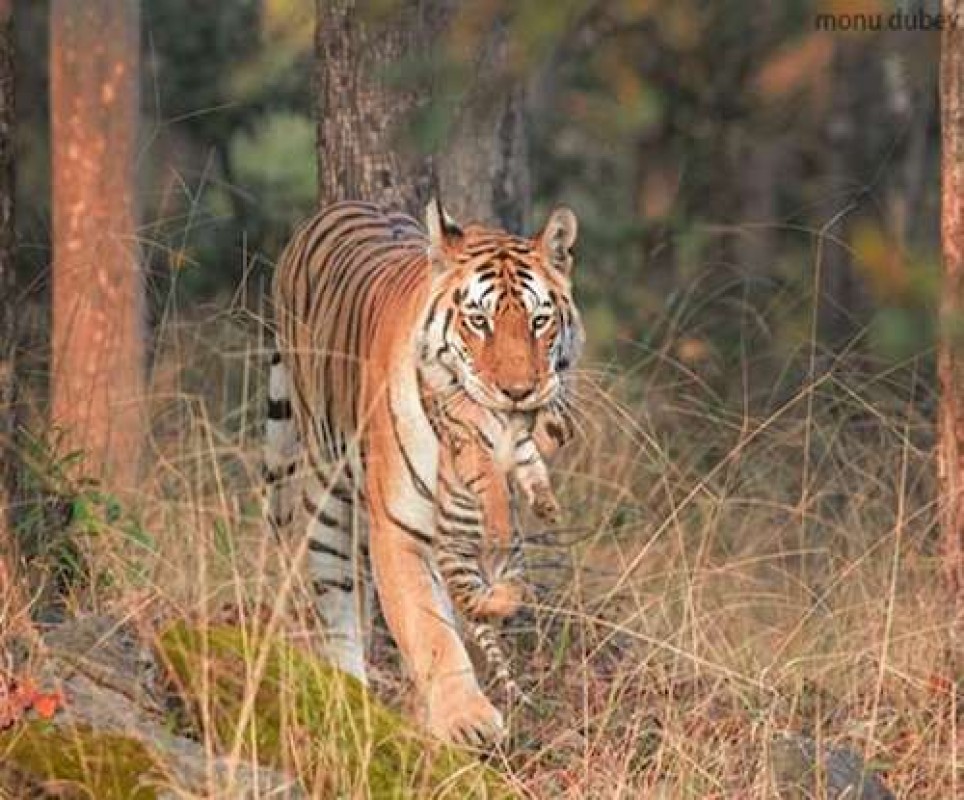 An Ode to “Super Mom” Tigress

Of several Wildlife news this week, one news that caught the attention of most of the Wild Life enthusiasts is the news of the death of a Tigress at Pench National Park of Madhya Pradesh on 15th Jan 2022. Although MP Tigers are in news recently for a spate of unnatural deaths, a blot for the Tiger State of the country, the death of this aged Tigress stimulated the sentiments to the peak which can be gauged from the fact that Central Union Minister for Forest Bhupinder Yadav tweeted the condolences on the Death of the Tigress popularly known as “ Super Mom” and “ Collar Wali Baghin”. 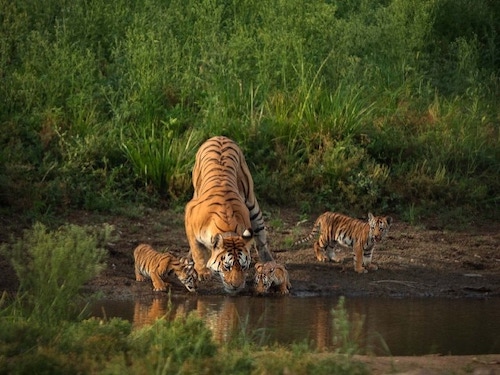 Code named T 15, the popular Tigress has played a very important role in increasing the Tiger population of Pench Tiger Reserve which otherwise had remained a laggard in the Tiger numbers when compared to other more popular tiger reserves such as Bandhavgarh Tiger Reserve and Satpura Tiger Reserve. Born in 2005 the “Super Mom” Tigress had given birth to 29 cubs which is a record in itself of which she was able to protect 25 cubs to survival, another record.  Currently, her offspring T4 Tigress can be seen roaming around in the Pench National Park with 5 cubs. 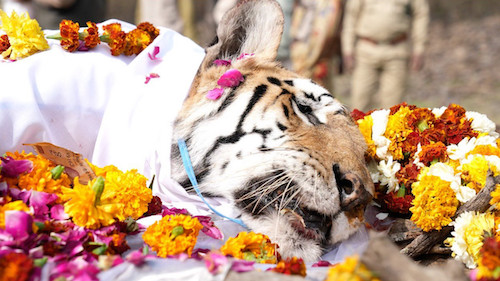 News of the death of the aged “ Super Mom” Tigress has evoked huge human emotions not only for the Wildlife enthusiasts all across the World but the management of Panna Tiger Reserve and the villagers living around the reserve. The attachment with the big cat was such that she was given full honours and was cremated as per the Hindu rituals of lighting the pyre and immersion of the ashes in the river. Before cremation, all the Veterolegal formalities were done by the Forest Vets and the death was ascertained to be due to age-related natural causes.

Tigers are fiercely territorial animals and Male Tigers are notorious for killing their own cubs which they may consider as their future territorial competitors. Tigress as soon after the birth of their cubs move away from the Tiger to a safer location and rear them while teaching them the necessary skills to survive in the Wild and procure food. Giving birth to 29 cubs and keeping 25 of them alive is no mean feat for which the T15 deserved all the attention in the World.

Tigers are the most important link in keeping the Forest alive which is recognised by the Environmentalists and the Governments all over the World and India with a vast persity of Flora and Fauna is at the helm of keeping this affair intact. The recent large number of deaths of the Tigers due to illegal activities and accidents has again raised the question mark on the intensity of the work done in the direction of the Tiger conservation. Death of the popular Collared Tigress has again brought to the fore the existential issues being faced by this apex predator at a Global level by stimulating the sentiments and literally shaking our Hearts.

Pashu Sandesh bids adieu to “ Super Mom” Tigress. May you find the best place in the heavens.