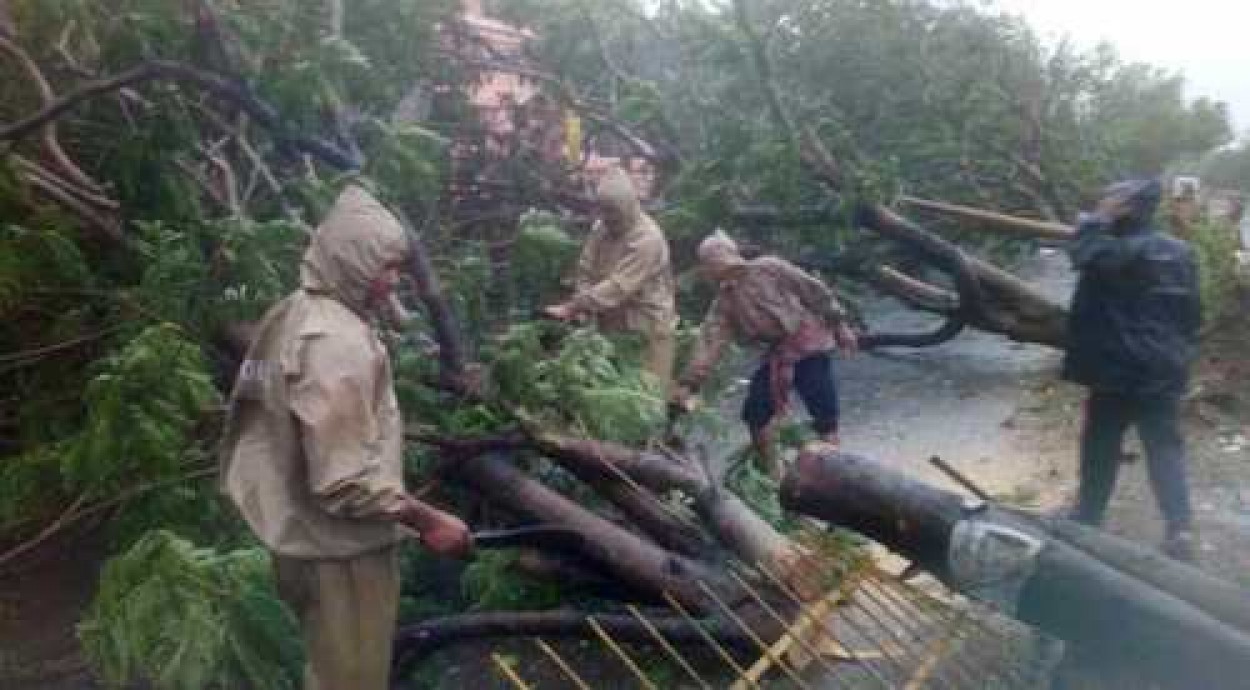 While the administration in Odisha is battling with the devastation inflicted by the cyclone “Fani” there is one more grim reality awaiting them in the form of extensive damage of the Forests in the coastal Odisha.

Cyclone “Fani” on 3rd May made landfall on the coastal region of the Odisha around Puri and caused extensive damage to the Lives and property. State Government along with Central Government had made plans for the mass evacuation of the People to the safer areas, the plan to save the Wild Animals could not be planned in the same scale as that for humans.

Balukhand WildLife Sanctuary which stretches from the Puri to Konark covering around 90 sq Km Area is home to perse Flora and Fauna. As per an estimate provided by the District Forest Officer, Balukhand WildLife Sanctuary was home to nearly 4,000 spotted deer, monkeys, hyenas, golden jackals, porcupines, squirrel, jungle cat, mongoose, wild lizards, thousands of birds and more than 1 crore of trees.

The Gusty Cyclonic Winds of more than 200 Km ph has caused severe destruction of the forest with many trees either uprooted or mangled into pieces. The fate of the Animals of the Wildlife sanctuary remain unknown as Caracas of dead Animals are yet to counted and accounted for. However, as per the Forest officials, the three surrounding gates of the Wildlife sanctuary were opened as a preparation for the impending calamity so that Animals could save their lives by running out of the danger zone. Teams of Vets were also kept ready to treat any injured Animals. But the level of calamity was as such, where it was nearly impossible to help the Wild Animals while the devastation was going on.

Now even after the 5th day of fury and devastation of Nature, the life of both Human and Animal still struggling to come to terms. The Wildlife Sanctuary which was once teeming with life now stood as complete wasteland. District Administration of Bhuvneshwar has decided to shut down the Nandankanan Zoological Park following the widespread uprooting of century-old trees and vast destruction of the property. The Chandaka Wildlife Sanctuary, which is close by, has also been affected by thousands of trees uprooted the extent of which is under investigation. Destruction of Wildlife habitat has forced thousands of Monkeys to enter into nearby homes in Bhuvneshwar leading to incidences of bites and property destruction by the hungry monkeys.

Life will somehow find its way to sustain and continue but there is a big lesson to be learnt. At Pashu Sandesh we had taken up this issue of danger to the lives of especially the Wild Animals which took place due to devastating floods in Kerala. NDRF teams must also be sensitised to the danger Wild Animals would face in the event of a Natural calamity. The government could think of a unique task force which would be entrusted only for the rescue of Wild Animals. In this effort expertise of certain NGOs could also be sought who are working in this Area.

Let's hope and pray for the safety of the Wild Animals of the Cyclone affected Odisha.