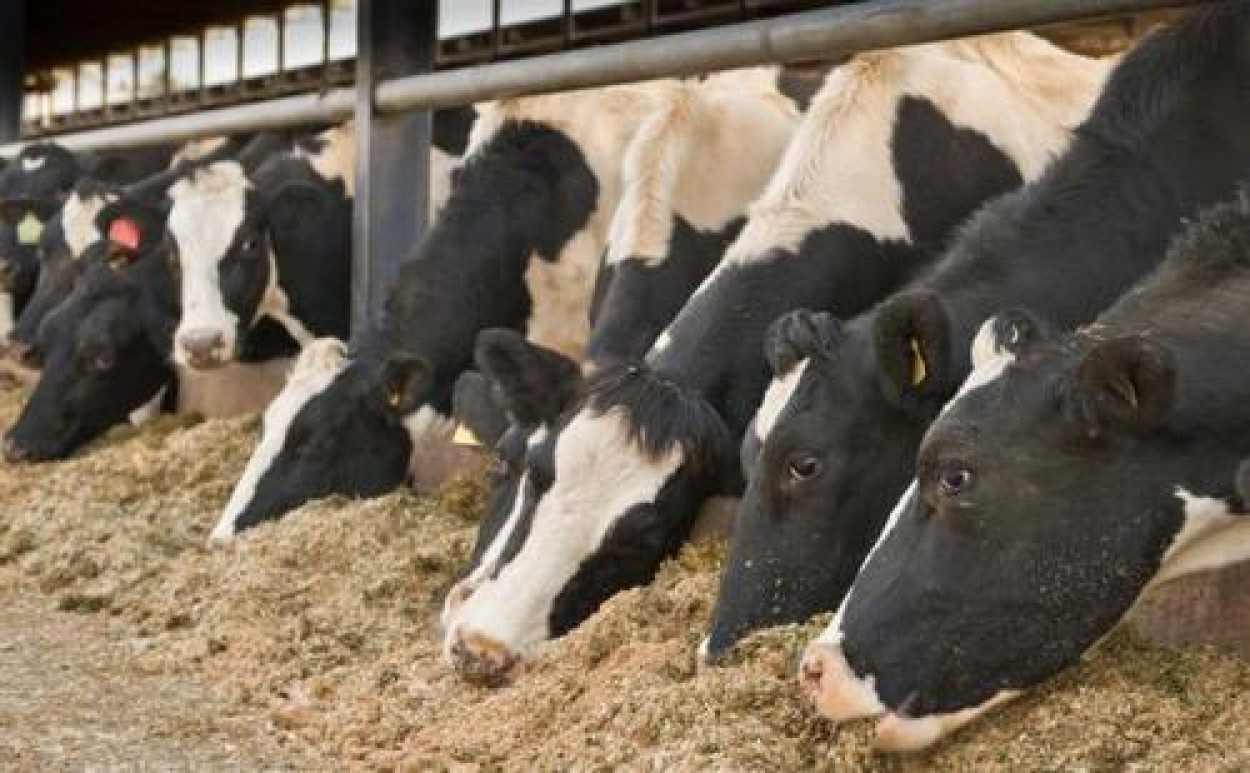 Protein, an important constituent in the ration of cattle and buffalo, when fed to ruminants is degraded by rumen microbes into ammonia, amino acid and peptides. Subsequently, these degradable products are utilised by the microbes for microbial protein synthesis, but that process may not be always efficient. Moreover, the excess ammonia produced from the degradation of highly degradable cakes, after absorption from the rumen wall is transported to the liver, converted to urea and excreted out through urine. It is a mere waste of dietary proteins, plus taxing the animal’s energy which is spent on urea synthesis. Although microbial protein is a good quality protein, it may not be sufficient to meet the requirement of high milk yielding animals. So ruminants may also be given proteins which are capable of escaping ruminal degradation, called undegraded dietary protein (UDP) or bypass protein, which is degraded in the intestines and absorbed as amino acids. Thus, to meet the nutritional requirements of high yielding animals, feed technologies like rumen-protected proteins can be adopted as it has consistently shown not only increased milk yield but also improved growth and reproduction. Protected nutrient technology is one such approach, involving feed management through passive rumen manipulation, by which the dietary nutrients (fat and protein) are protected from hydrolysis, allowing these nutrients to bypass the rumen and get digested and then absorbed from the lower tract.

The protection of protein can be achieved by various methods. Few of them are the following:

1. Naturally Protected Proteins: The protein degradability data (in the rumen) obtained by several groups of workers on a large number of feedstuffs in India and other countries has revealed that only a few feeds are good sources of naturally occurring protected protein (having lower protein degradability), viz., maize gluten meal, cottonseed cake, fish meal, coconut cake and maize grain. Feeds like linseed cake, deoiled rice bran, soybean meal and Leucocaenea leaf meal are of medium protein degradability; while Mustard Cake (MC) and Groundnut Cake (GNC) are highly degradable cakes.  Negi et al. (1989) found that 50 to 70% of total N in tree forages may be present as protected protein. However, these forages contain 16-53% of total N in the form of acid detergent insoluble nitrogen. This is because of the presence of tannins, particularly the condensed tannins which bind the proteins irreversibly and if fed to animals, are capable of corroding the epithelial lining of the gastrointestinal tract. So, tree forages could be used as a source of protected protein only after devising a method for their tannin detoxification, using either some chemical, biological or biotechnological approach. While the proteins of lower protein degradability do not need any protection, highly degradable cakes like MC, GNC and sunflower seed cake need protection against the attack of ruminal proteolytic enzymes, for improving their utilization by ruminants.

5. Amino Acids Analogs: Structural manipulation of amino acids to create resistance to ruminal degradation is another potential method for rumen bypass of amino acids. In addition to being absorbable from the small intestine, the analogue must have biological potency in metabolism by tissue. Analogues such as Methionine hydroxy, N-acetyl-DL-Methionine, DLHomocysteine thiolactone-Hcl, DL-Homocysteine, etc. have given satisfactory results. Reacting amino acids to produce imides, produced materials which survival ruminal conditions, yielded free amino acids at abomasal pH, and increased amino acids concentration in the ruminants.

Metal complexes commonly available such as Zinc Methionine, Zinc Lysine, Copper Lysine, Manganese Methionine, Iron Methionine etc. their usefulness lies in the fact to assume that they must be stable in the rumen environment and abomasum and be delivered to the small intestine intact, secondly, there is some evidence that mineral chelates are considerably better absorbed than inorganic forms.

The Causes and Management of Diarrhoea in Poultry

ESSENTIALITY OF FEEDING OF BYPASS FAT SUPPLEMENTS IN ANIMALS