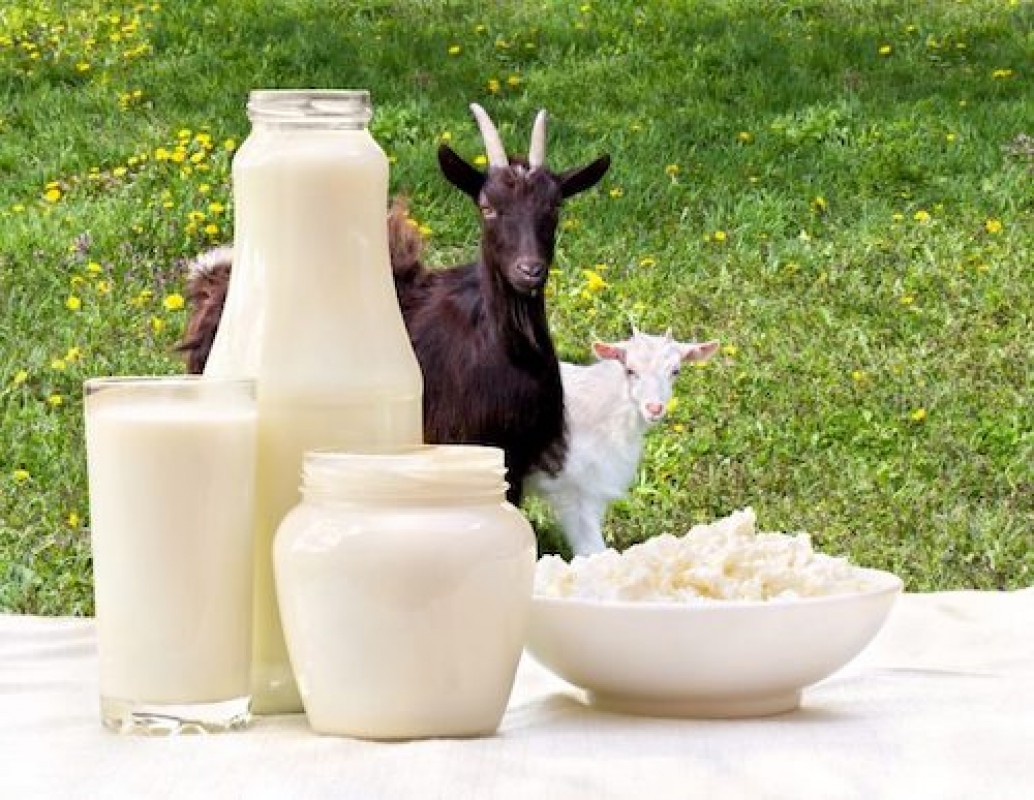 Goat ( Capra hircus ) is the oldest domesticated animal.in ancient times goat milk was valued the most and it still plays an important role in human nutrition. Goat is one of the main contributors to milk and meat products. Goat milk is different from cow and human milk in composition, nutritional and therapeutic attributes. Goat milk and other goat derived products contain several bioactive compounds that might be useful in patients suffering from a variety of chronic diseases. The difference in the composition of cow milk and goat milk may result in the product with different sensory characteristics. Nutritional and therapeutic values. The popularity of goat milk is increasing throughout the world because of the rising number of small herds as a source of income and it plays an important component of livestock industries & a vital role in the social-economic structure of rural poor the worldwide increase in the consumption of goat milk and its related products is due to its organoleptic and great nutritional properties. the increasing milk demand can be overcome by increasing ruminants such as goats. Goat is also called “poor man’s cow” and is an important source of milk. We cannot deny the fact that Goat can easily adapt to harsh climates making them an important component in the livestock industry more so to the poor units and marginal farmers.

Milk and derived dairy products are an important constituent of a balanced diet. Milk, as the first food for mammals, supplies all the energy and nutrients needed for proper growth and development. Goat milk differs from cow and human milk in having better digestibility, alkalinity, buffering capacities and certain therapeutic values. The basic nutrient composition of goat milk resembles that of cow milk.

Goat milk has some particular properties that confer technological advantages in comparison to cow’s milk such as the smaller size of fat globules which provides a smoother texture in derived products, a lower amount of alpha-casein resulting in softer gel products, a higher water holding capacity and lower viscosity. However, the flavour of goats’ milk is more intense in comparison to cow’s milk. This can restrict the acceptance of derived products by consumers. Goat milk is an excellent alternative to cow’s milk. The composition of cow milk varies depending on the animal's breed, diet, environment and point in the lactation period. Like cow milk, goat milk contains four types of casein i.e. alpha-s1, alpha s2, beta and kappa casein but in different proportions. the major component of goat milk is beta-casein and the level of alpha s2 casein is relatively high in goat milk whereas alpha s1 is the major component of cow milk casein. But alpha s1 and alpha s2 casein together are lower than alpha s1 fraction alone in cow milk such differences might contribute to soft curd forming properties, better digestibility and least allergic to children.

Although having differences in casein protein of goat milk from cow milk, it is relatively easily digestible and accepted by the human digestive system. The smaller size of fat globules provides better dispersion and a more homogenous mixture of fat. The increased total surface area of the globules makes it easier for enzymes to reach and get in contact with the lipids.

Goat milk is an adequate source of Vitamin A, Thiamine, Riboflavin, and Niacin compared to cow milk. Goat milk has a lower amount of vitamin E, folic acid and vitamin B12 which can result in “goat milk anaemia” if additional sources for these vitamins are absent in the diets. Goat milk has higher bioavailability, due to the presence of higher amounts of nucleotides that in turn increase absorption in the intestine. The main characteristic of goat milk is the high content of short and medium-chain fatty acids. Average goat milk fat profile of fatty acid has higher levels of butyric, caproic, caprylic, capric, lauric, myristic, palmitic and linoleic acids as compared to cow milk. In conclusion, nutritionally, goat milk is comparable to cow milk as it contains similar levels of calcium, potassium, phosphorus and many other nutrients that confer health benefits. It is also rich in monounsaturated and polyunsaturated fatty acids & medium-chain triglycerides while containing less lactose than cow’s milk. Above all these properties, the bioavailability and digestibility coefficient makes it particularly helpful in attenuating irritable bowel type symptoms.

Implications on health and diseases

Although, both cow milk and goat milk contain lactose. despite that fact, many people with lactose tolerance do tolerate drinking goat milk. It is due to the high digestible coefficient and better bioavailability that leads to better absorption in the intestine. Goat milk is more completely and easily absorbed leaving less undigested residue behind in the colon to ferment and cause the uncomfortable symptoms of lactose intolerance.

Cow’s milk allergy is a common disease of infancy and childhood. It is an IgE mediated allergy, meaning that the body produces IgE antibodies against certain proteins i.e. allergens, in cow milk. Repeated ingestion of milk triggers the immune response by identification of these antigens. causing certain symptoms like eczema, respiratory symptoms ( wheezing and asthma), gastrointestinal symptoms or even anaphylaxis. The protein alpha s2 casein and beta-lactoglobulin are important allergens in cow milk allergy. The allergy-causing properties of beta lactoglobulins can be partially eliminated by certain treatments as extended heating. But caseins maintain the capability of binding to IgE’s

even after a strong eliminating process. Since the content of alpha s1, casein is very high in cow milk but relatively low in goat milk so it is suggested as an alternative milk source for cow milk allergies. Hence, goat milk is considered as the better substitute in this aspect.

Since goat milk, alone cannot be used as a substitute for cow’s milk but we cannot deny the fact that goat milk has been found as an important tool to prevent cardiovascular diseases. the recent studies showed that the effect of goat milk on human blood cells in terms of cytokine release & nitric oxide. They demonstrated that goat milk can trigger cytokine production( IL-1O, TNF-alpha & IL-6) as well as active Nitric oxide release from blood cells. And we all know that nitric oxide release can be helpful in the prevention of cardiovascular disease being a strong vasodilator & an effective antimicrobial agent. Further, NO possesses other antiatherogenic activities such as inhibition of platelet aggregation, inhibition of adhesion of smooth muscle cells to the vascular wall, etc. Goat milk can be helpful in maintaining inflammatory homeostasis by stimulating the production of multiple cytokines.

So, after discussing all the unique characteristics of goat milk. We have come to the conclusion that although having high nutritional value & many health benefits, it can be recognized as the best substitute for cow milk. The average composition of goat milk does not differ remarkably from cow milk but the superior digestibility, bioavailability, proper composition of fatty acids & its content of bioactive compounds seem to give properties suitable for treating or preventing certain medical conditions. Studies show that goat milk might have beneficial effects on malabsorption disorder and inflammatory bowel diseases. It has the property to reduce cardiovascular disease by anti-oxidant & anti-atherogenic effects. Besides many beneficial effects of goat milk, the advantage of breeding goats are;  lower cost of animals, need for less feed and water & often not requiring the specialized housing that livestock need are the reasons to promote the improvement of goat milk production in India. Studies are required to reduce the goaty flavour of goat milk either by a genetic or chemical modification which makes it less acceptable otherwise goat milk is shown to be unique whether in its nutritional properties or its therapeutic use. Hence, we can say – “GOAT MILK IS ACTUALLY G.O.A.T.”.