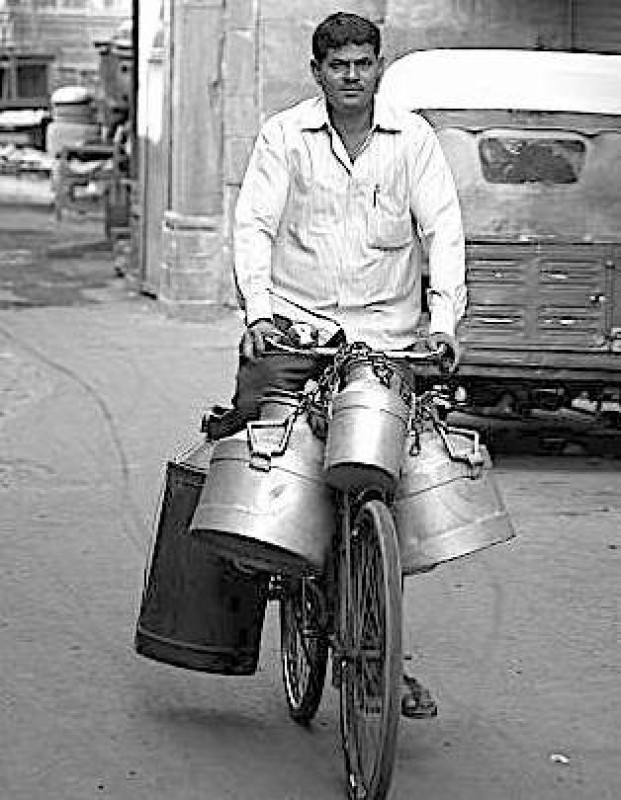 Is dairy/poultry Farmer really a 'Farmer'???

Answering a question in Rajya Sabha on the definition of Farmer in India, central agriculture minister Narender Singh Tomar on 23 September 2020 stated that as per the National Policy for Farmers 2007 the term ‘FARMER’ refers to a person actively engaged in the economic and/or livelihood activity of growing crops and producing other primary agricultural commodities and will include all agricultural operational holders, cultivators, agricultural labourers, sharecroppers, tenants, poultry and livestock rearers, fishers, beekeepers, gardeners, pastoralists, non-corporate planters and planting labourers, as well as persons engaged in various farming related occupations such as sericulture, vermiculture and agro-forestry. The term will also include tribal families/persons engaged in shifting cultivation and in the collection, use and sale of minor and non-timber forest produce.”

But on practical grounds, it is observed that in most of the schemes, the government considers a person “Farmer” only who is having a piece of land in his name(like we have seen in the PM-KISAN scheme).  It means to be a real farmer in India one should have ownership of Agriculture land. In this scenario, it is high time to define and categorise the status of dairy/poultry farmers by the government so that there will be clarity in planning, policy-making and budget allocation.

Traditionally in India Dairy/poultry is a backyard activity, then from where came the terms like Dairy Farm, Dairy Farming, and Dairy Farmer? In the Indian context, our terms are  “Pashu Palan” and “Pashu Palak”.  We are rearing our cows and buffalo not cultivating them and the term “Pashu Palan” and “Pashu Palak” are thus appropriate. While the term husbandry refers to “cultivation” which is appropriate for crops and in the western context where they raise animals for meat purposes. Further, it's strange that in English our Department is named as Department of Animal Husbandry and in Hindi, it is named Pashu Palan Vibhag. We have to initiate a debate on this and the government on its part after consultation with all stakeholders should come up with an appropriate term along with its comprehensive definition.

Research on this issue of how our “Pashu Palak” became Dairy Farmers it is noticed that since Independence till the formation of a separate ministry of Animal Husbandry in 2019, Animal Husbandry was under the ministry of agriculture and they called it the allied sector of agriculture. Being in the Agriculture ministry the word farmer may have got associated with the people involved in animal husbandry. Since animal husbandry was a small and marginalized sector at that time without having a big identity and voice. Animal Husbandry stakeholders also felt comfortable being identified as farmers in anticipation that whatever reliefs and grants would be given to agriculture farmers will automatically be extended. But in reality, nothing happened like that. All the policies reliefs and grants were agriculture-centric and dairy farmers got only peanuts in comparison to crop farmers. It is evident from this example that, this year the share of the animal husbandry sector in the Agriculture GDP is 28% and budget allocation to the animal husbandry department is only 3.3% compared to that of the Agriculture budget.

Today the scenario of this underprivileged sector has changed. Now Animal Husbandry is one of the fastest-growing sectors with a compounded growth rate (CAGR) of 8.15%during the last eight years and a 4.5% contribution to the national GDP.  This all started with the formation of NDDB and with the launch of operation flood the dairy sector got momentum it started achieving new heights year after year and in 1997 ultimately India become the world’s number one in milk production.  Similar growth is also witnessed in the poultry sector in the last thirty years. Both these sectors are maintaining the same momentum to date.  In the last eight years compounded annual growth rate of the animal husbandry sector is six times the growth rate of the agriculture sector.

The real potential of the Animal husbandry sector is identified by our Prime Minister Narendra Modi, who in response constituted a new ministry in 2019 to look after this sector.  Now, this is the right time when everything in this sector from identification to intention, definition to destination, policies to priorities is to be redefined.

Let's see how the team at this newly formed ministry performs to fulfil the aspirations of eight crore people engaged in animal husbandry. We hope the performance of the animal husbandry minister and the bureaucracy at the helm will justify the Prime Minister's decision and recognise the importance of the Animal Husbandry sector in the 5 trillion Dollar economy dream.