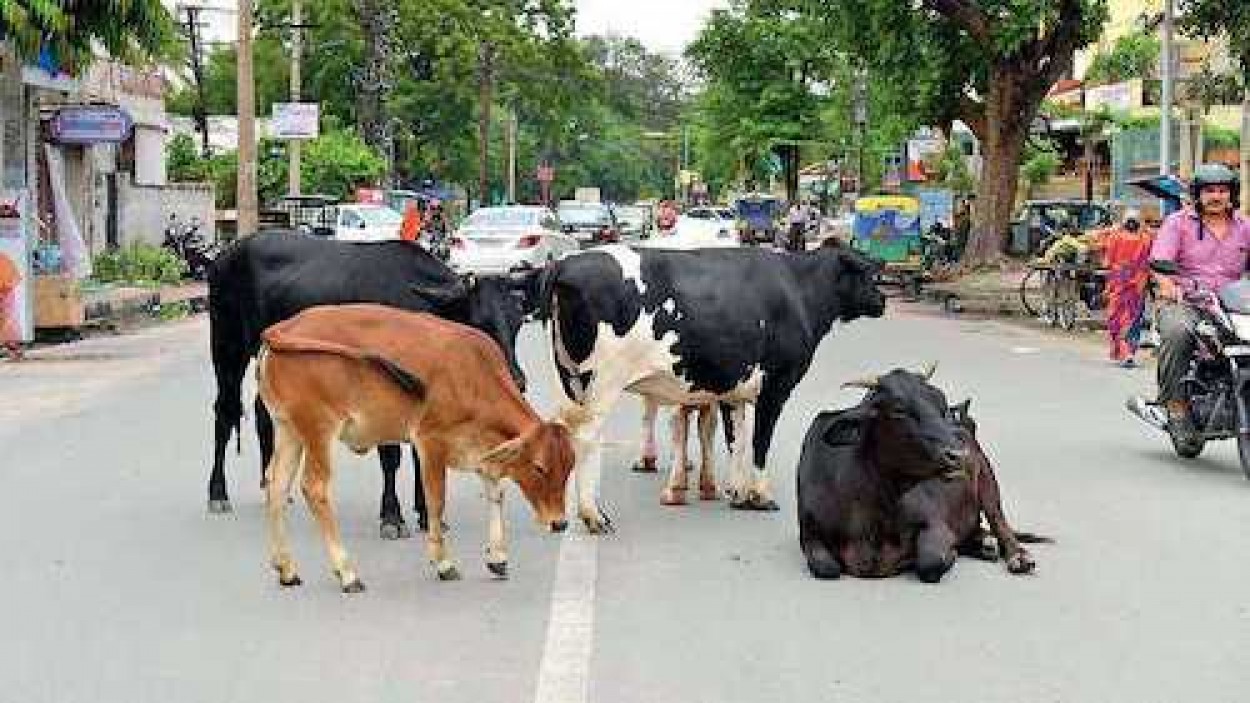 Problem of stray Animals in the country

The national level of information regarding the Livestock population is collected every 5 years. The last livestock census was conducted in 2019 and the next census is due in 2024. As per the 2019 census, the total population of stray dogs and stray cattle in the country was 203.31 lakh. This information was given by The Minister of Fisheries, Animal Husbandry & Dairying Parshottam Rupala in the Lok Sabha.

The management of public health, sanitation and cattle pounds comes under the purview of the State/UT Government and the local bodies need to evolve the mechanism to control stray animals in order to protect the citizens.

As per Article 246(3) of the Constitution of India in List II of Seventh Schedule the Preservation, protection and improvement of stock and prevention of animal diseases; veterinary training and practice are under State list on which the State has exclusive power to make laws for such State or any part thereof with respect to any of the matters enumerated in List II in the Seventh Schedule. Further, as per Article 48 of the Constitution of India, State shall endeavour to organise agriculture and animal husbandry on modern and scientific lines and shall, in particular, take steps for preserving and improving the breeds, and prohibiting the slaughter, of cows and calves and other milch and draught cattle.

As per the Eleventh Schedule of Constitution of India, the state may endow Panchayat to establish and run the Cattle Pounds (Kanji Houses)/Gaushala Shelters (community assets). The many States are establishing the Gaushalas and Shelter houses for control of Stray Cattle.

Further, as per Section 3 of the Prevention of Cruelty to Animals Act, 1960, it is the duty of every person having care or charge of any animal to take all reasonable measures to ensure the wellbeing of such animals and to prevent the infliction of unnecessary pain and suffering. Section 11(1) (h) of Prevention of Cruelty to Animals Act, 1960 provides that it is cruelty, if any person, being the owner of (any animal) fails to provide such animal with sufficient food, drink or shelter and as per the Section 11 (1)(i) it is a Cruelty if any person, without reasonable cause, abandons any animal in circumstances which tender is likely that it will suffer pain by reason of starvation, thirst and it is also a punishable offence under PCA Act, 1960. The provisions of the Prevention of Cruelty to Animals Act, 1960 and Rules framed thereunder need to be implemented by the State Governments.

In view of the aforesaid constitutional arrangements, the States are mandated to arrange the shelters and kanji houses to control the stray animals' population. Further, the Central Government has framed Rules for Animal Birth Control (Dogs) to control the dog population. It is the duty of the Local Bodies are mandated to implement the ABC Programme in their respective localities as per provisions of the Rules.

No Gaushalas has been set up under the Rashtriya Gokul Mission in the country during the last three years. However, the Animal Welfare Board of India (AWBI) provides financial assistance to the recognized Gaushalas/AWOs/NGOs/SPCAs and Local bodies under a scheme namely Shelter House for the establishment of new animal Shelter House and under the Regular Grant Scheme for maintenance of animal shelters, animal medicines, purchase of medical equipment and conducting of veterinary camps etc. and rescued cattle maintenance grant for maintenance of the animals rescued from illegal transportation/slaughter-houses. In addition, provides financial assistance under the scheme of Provision of Ambulance Services for animals in distress for purchase of suitable vehicles for transportation, rescue and also for providing emergency services to animals in distress.