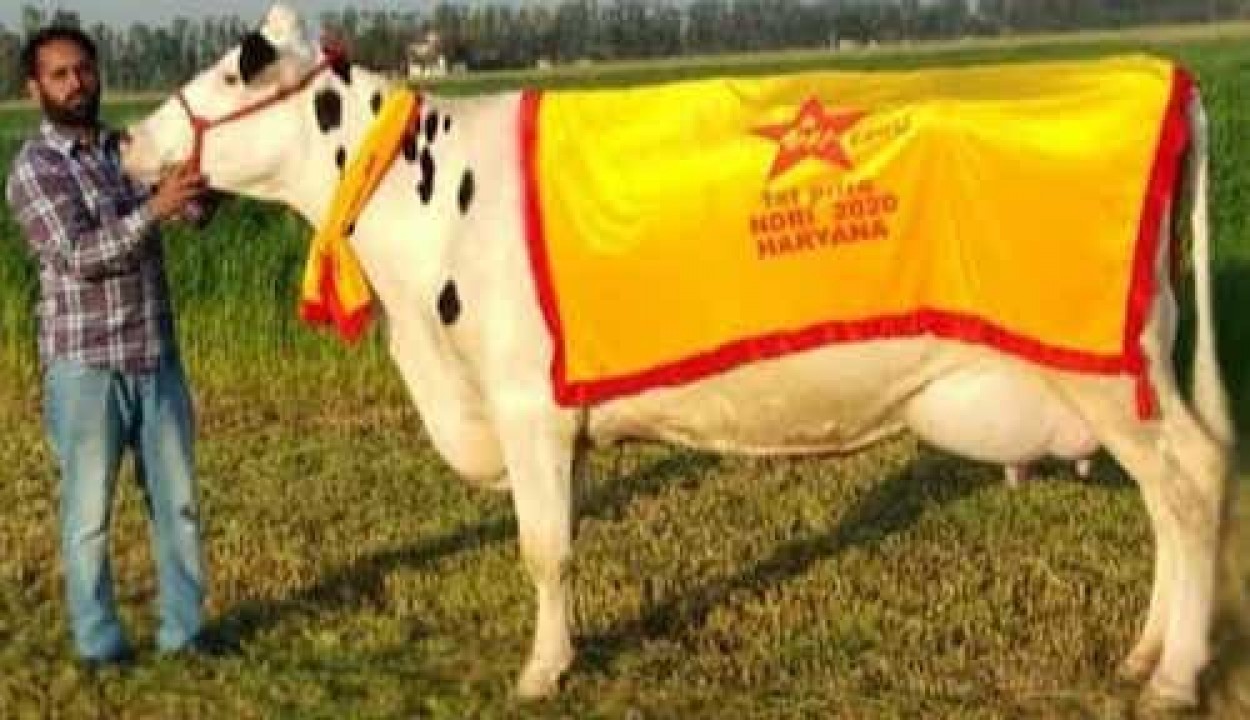 Cow owned by a farmer from Karnal Haryana has set up a new national record in milk production. A Holstein Friesian (HF) breed cow owned by Baldev Singh from Galib Kheri village in Karnal Haryana has produced 76.61 Kg milk in 24 hrs and set a new national record. The cow, when calved for the first time, has produced 42kg of milk in 2014 and yielded 54kg, 62kg during subsequent calvings. The cow has won various prizes in different competitions at Dairy Expos and Dairy melas.

The credit behind the success of Baldev Singh also goes to National Dairy Research Institute (NDRI) Karnal Haryana which has trained the farmer from time to time in the nuances of Dairying through technological innovations. Director of the NDRI Dr M S Chouhan expressed his happiness and hoped that the achievement of Baldev Singh would inspire other youth to take professional Dairying as a profitable career.

Holstein Friesians are a breed of dairy cattle originating from the Dutch provinces of North Holland and Friesland, and Schleswig-Holstein in Northern Germany. They are known as the world's highest-production dairy animals.