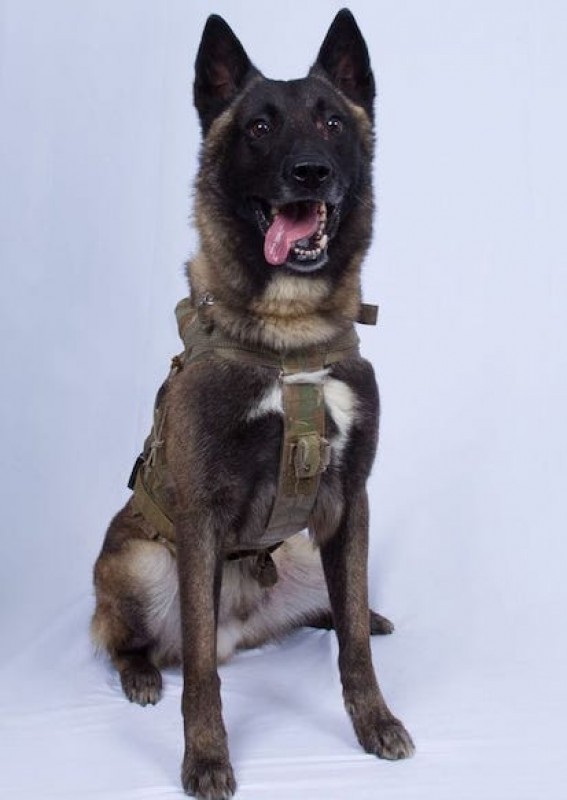 'Conan' the Dog who chased down Baghdadi

Conan is a popular Hollywood name with two movies in the 80s dedicated to the fictional hero CONAN, played by Arnold Schwarzenegger. The later one was called "Conan the Destroyer". More than 30 years later we once again have a Hero named Conan who is incidentally a Canine and was instrumental in the destruction of dreaded ISIS chief Abu Bakr Baghdadi.

On the intervening nights of 27 and 28 Oct, President of USA Donald Trump announced to the World of major achievement by the American special forces in a tweet. Later in the day in a detailed press conference, President Trump reveals to the World the elimination of the Worlds most wanted terrorist Abu Bakr al Baghdadi by the Special forces. The heroes as emerged from the briefing along with the brave men, a K9 special female Dog commando named CONAN which has chased down the Baghdadi into a dead-end tunnel forcing him to commit suicide by detonating suicide belt. In the process, Conan too received injuries but is now recovering well at a special facility.

"Nobody was even hurt. Our 'K-9' as they call, I call it a dog, a beautiful dog. A talented dog was injured and brought back," Trump said in response to a question on Sunday."We have declassified a picture of the wonderful dog (name not declassified) that did such a GREAT JOB in capturing and killing the Leader of ISIS [Islamic State], Abu Bakr al-Baghdadi!" Trump tweeted on Monday.

Conan is part of K-9 units which operate on the federal, state, county, and local level and are utilised for a wide variety of duties. Their duties generally include drug, bomb, and weapon detection and cadaver searches. The most common dogs used for everyday duties are the German Shepherd and the Belgian Malinois though other breeds may be used to perform specific tasks. Conan is of Belgian Malinois breed

The Malinois is a medium-to-large and square-proportioned dog in the sheepdog family. The Malinois has a short mahogany coat with black markings. It has black erect ears and a black muzzle. In Belgium, Germany, the Netherlands and other European countries, as well as in the United States, Canada, Australia and Hong Kong, the Malinois is bred primarily as a working dog for personal protection, detection, police work, search and rescue, and sports.  In India, the ITBP and National Security Guard (NSG) commando unit have inducted Malinois breed into their K-9 unit.