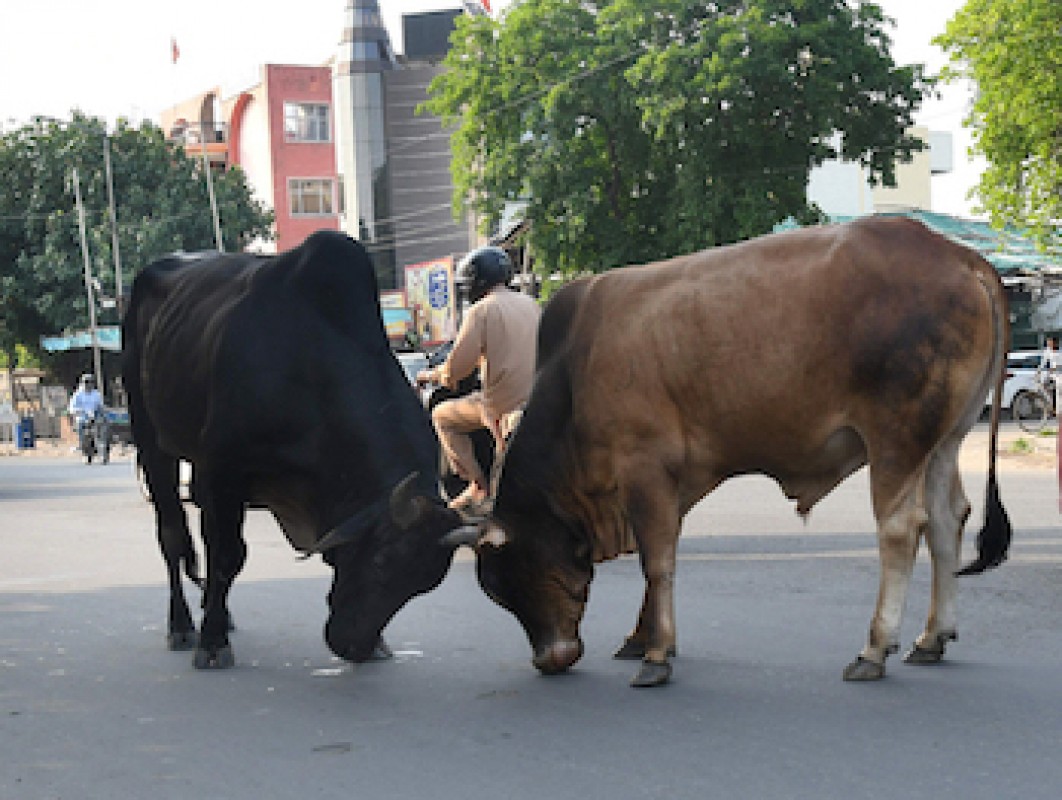 To curb the stray cattle menace, the Gujarat government has decided to sterilize 50,000 stray bulls. The decision in this regard is taken in the cabinet meeting held on 11th January 2023. After sterilization, these bulls will be ear-tagged and sent to cow shelters which receive grants under the government's Mukhyamantri Gaumata Poshan scheme.

After the cabinet meeting, Health Minister of Gujarat Rushikesh Patel said, "Bulls are more aggressive and we have noticed that nearly 60 to 70 per cent of cases (of people getting injured due to cattle on the roads) happen because of bulls. Therefore, we have decided to sterilize nearly 50,000 bulls that roam in the cities as well as in rural areas". The castration procedure for sterilization will be carried out under the guidance of experts, including veterinary college professors and Animal Husbandry Department officials, "Every (sterilisation) team will include a veterinary officer, two supervisors, and two cattle handlers," he added. Arrangements will also be made for the maintenance and care of animals for one week after castration.

Karnataka: Rs 30 crore Compensation for death due to LSD