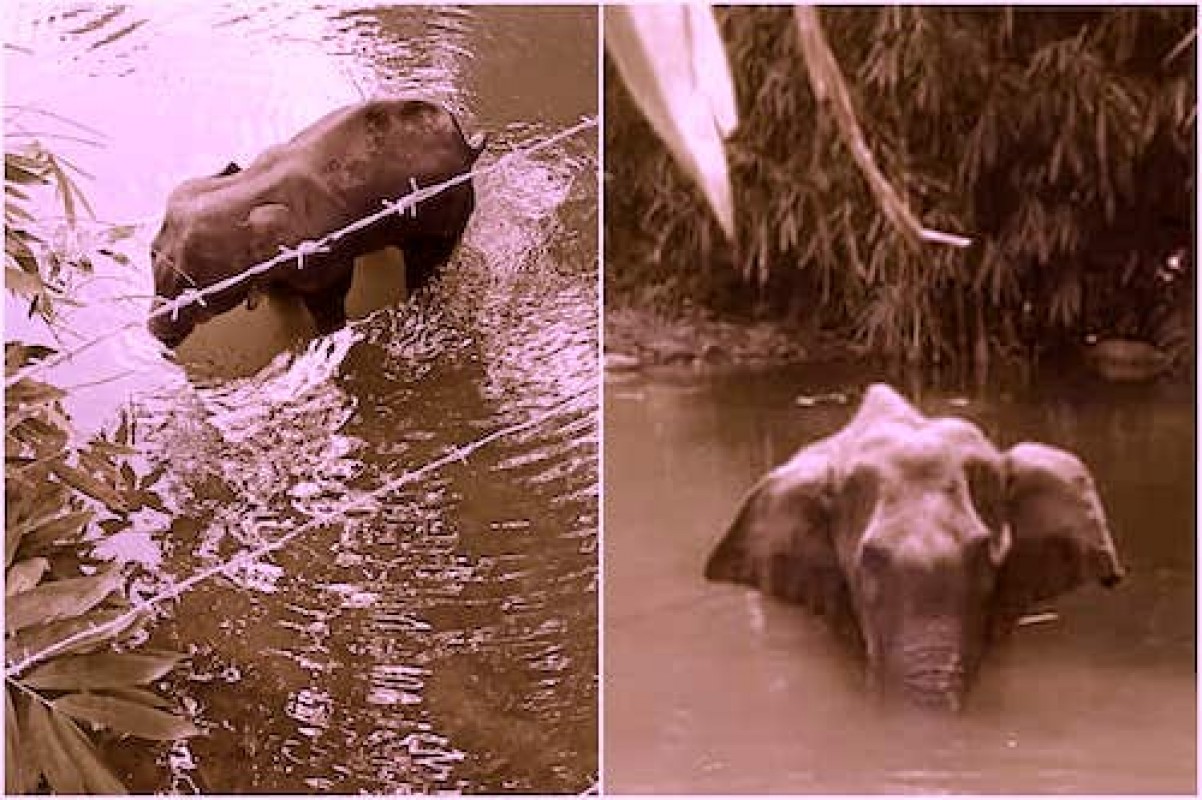 On one hand, humanity is waging war against the CORONA pandemic and we have seen the emergence of heroes we fondly called them COVID warriors and on the other ugly face of Humanity also appeared when a pregnant female elephant was killed following an explosion while gorging on a pineapple filled with explosives in Kerala.

On May 27, a pregnant elephant strayed into a village in Kerala's Malappuram in search of food. While searching for food, the elephant entered a village where it was fed a pineapple stuffed with crackers. The explosion caused severe injury to the mouth of this 15 years old pregnant pachyderm and it started looking for the water to soothe out the excruciating pain. The elephant reached the Velliyar River while running across the village and stood inside the water body. The forest department took two elephants for the rescue operation and Vets were called for rescue. However, the elephant did not step out of the river and died while standing in it. Vets did the Vetrolegal autopsy and the Caracas was burned.

The matter was brought to the public notice when forest official Mohan Krishnan took to Facebook and shared its details. Following the spread of the news there was a huge hue and cry on the social media with several celebrities condemned the incidence. International media too has covered the incidence. The Daily Mail UK covered the incident with the headline, "Pregnant elephant is killed after eating a pineapple filled with a firecracker that exploded in her mouth after locals fed it to her in India." Quoting a news report from Reuters, The New York Times and Report Door mentioned the incident on their portals as well. An excerpt from the report read, "India has the world’s largest population of the Asiatic elephant but they are classified as an endangered species. Incidents of human-animal conflict are not uncommon as elephants often stray into human settlements hunting for food."

Minister of Forest GOI Prakash Javdekar also took cognisance of the matter and assured of stern action against the culprits. Forest department of Kerala on its part has registered a case against unknown for hunting using firecrackers. Maneka Gandhi a champion of the Animal cause has also expressed her dismay on the incidence. Humane Society of India (HSI) has announced an award of 50000Rs to anyone for providing the names of the culprits.

How cruel humanity can become is proved by this incidence. Politics has already started with opposing parties blaming each other for the laxity in such type of incidences. Pashu Sandesh view is very clear on this issue that the case should be thoroughly investigated and circumstances leading up to this incidence must be brought to the public notice. This is the worst form of Animal human conflict and is happened in a state which has always revered its Elephants.