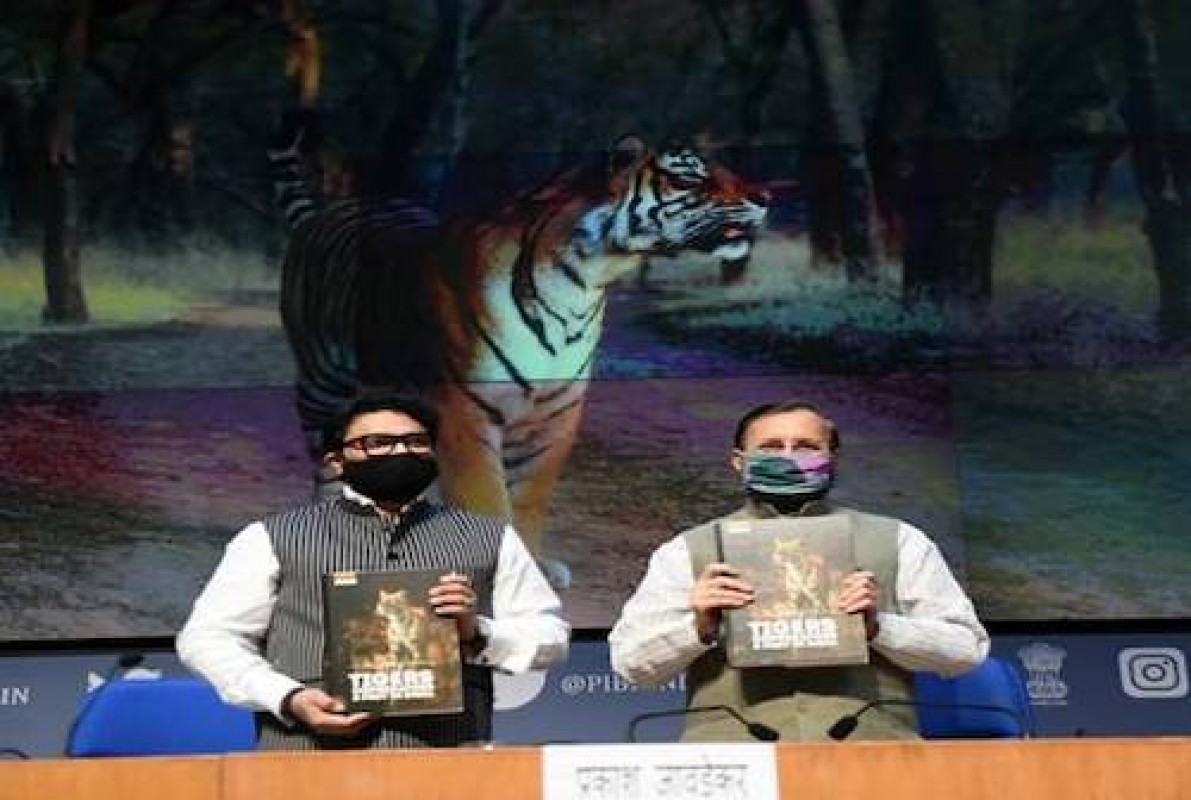 “Tiger is an incredible part of nature and the increased number of the big cats in India reflects equilibrium in nature.”, said the Union Environment Minister, Prakash Javadekar at the release of the detailed report of Tiger Census on the eve of Global Tiger Day in New Delhi yesterday. 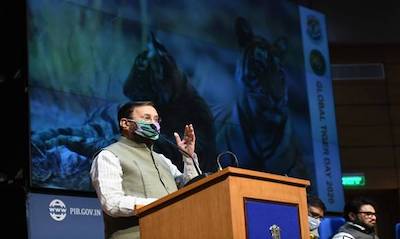 Shri Javadekar said Tigers and other wildlife are a kind of soft power India has to show on the international front. The Minister said, despite several constraints such as less landmass, India has eight per cent of bio-persity because our country has a culture of saving and preserving nature, trees and its wildlife. Noting that wildlife is our natural wealth, Shri Prakash said, it is praiseworthy that India has 70 per cent of the world’s tiger population. The Minister mentioned India is tirelessly working with all 13 tiger range countries towards nurturing the tiger.

Shri Javadekar also announced that his Ministry is working on a programme in which efforts would be made to provide water and fodder to animals in the forest itself to deal with the challenge of human-animal conflict which is causing deaths of animals. For this LIDAR based survey technology will be used for the first time. Lidar is a method for measuring distances by illuminating the target with laser light and measuring the reflection with a sensor.

Highlighting the keystone nature of the tiger, a poster on the presence of small cats was also released by the Environment Minister. With the presence of nearly 30 per cent of India’s tigers outside tiger reserves, India had embarked upon assessing management interventions through the globally developed Conservation Assured | Tiger Standards (CA|TS) framework, which will now be extended to all fifty tiger reserves across the country.

Speaking on the occasion, Minister of State of Environment, Shri Babul Supriyo said, human-animal conflict can be avoided but it cannot be ruled out in the country. He said frontline officials, have done a commendable job in raising the numbers of the tiger in the country. 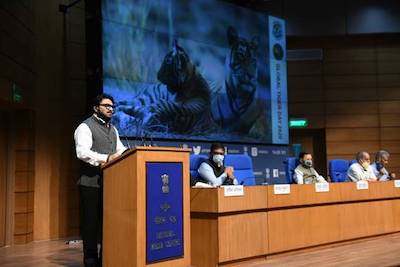 The detailed report of the 4th All India Tiger Estimation is unique in the following ways;

The Heads of the Governments of Tiger Range countries at St. Petersburg, Russia, had resolved to double tiger numbers across their global range by 2022 by signing the St. Petersburg declaration on tiger conservation. During the said meeting it was also decided to celebrate July 29 as Global Tiger Day across the world, which is since, being celebrated to spread and generate awareness on tiger conservation.

During Global Tiger Day 2019, it was a proud moment for India as the Prime Minister declared to the world fulfilment of India’s resolve as it had doubled its tiger numbers four years in advance to the target year highlighting resolute action taken by all concerned. India’s tiger population now stands at 2967 which is 70 per cent of the global tiger population. A feather in India’s cap was added with the Guinness World Records recognizing the country’s efforts as the world largest camera trap survey of wildlife.

The detailed report released today assesses the status of tigers in terms of spatial occupancy and density of indi-vidual populations across India. In addition to the summary report released by the Prime Minister of India on the "Status of Tigers in India" in July 2019, this detailed report compares information obtained from the earlier three surveys (2006, 2010, and 2014) with data obtained from the 2018-19 survey to estimate population trends at country and landscape scales, patch colonization and extinction rates along with information on likely factors responsible for changes in tiger status at the fine spatial resolution of 100 km.

The report evaluates the status of habitat corridors connecting major tiger populations and highlights vulnerable areas that require conservation attention for each landscape. The report provides information on major carnivores and ungulates regarding their distribution and relative abundance.