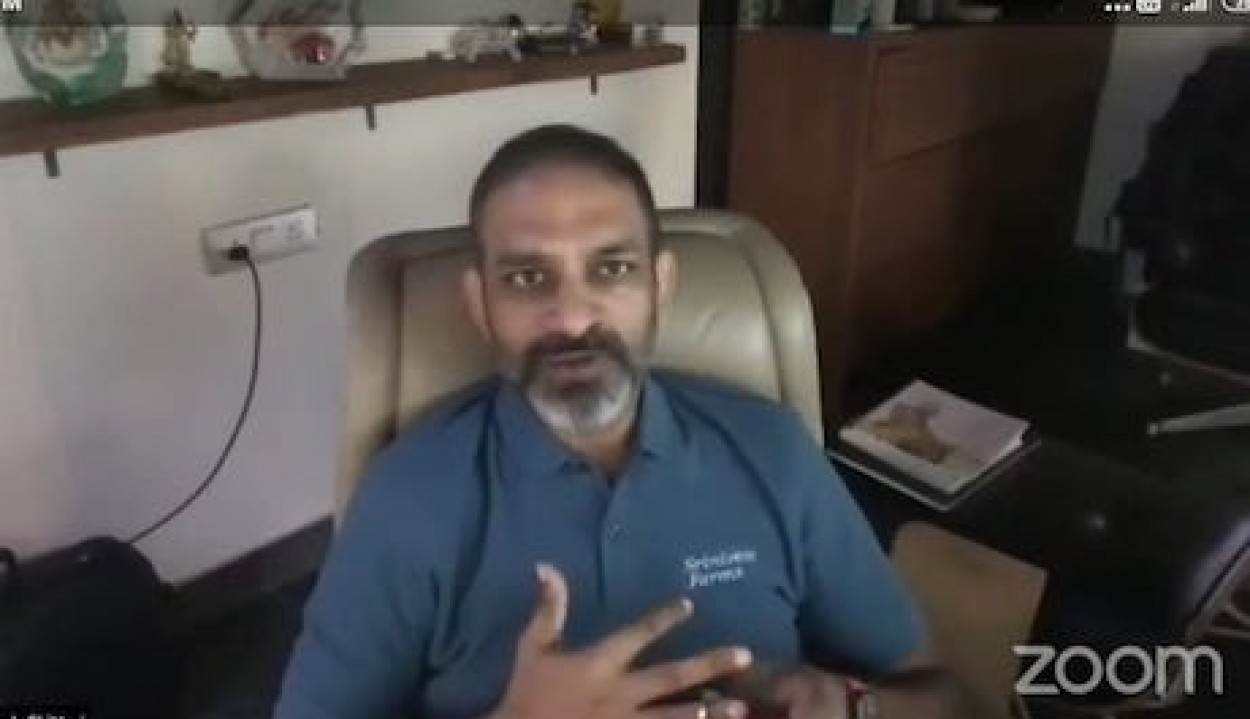 Chitturi said Poultry is a sector will lot of job opportunities. Every egg eaten per capita creates fifty thousand new jobs. The future of the poultry industry is very bright as chicken consumption is growing worldwide. By 2040 the share of poultry in the meat market will be 60 to 70 per cent.

Chitturi expressed his concern on India still being dependent on imports of certain feed supplements and equipment needed in the poultry sector.

He pointed out the following gaps in making India becoming atamnirbhar in the poultry sector.

Genetically modified(GM) maize-Govt should allow the import of GM maize and also work in the direction for the cultivation of GM maize in our country. GM maize is the need of the hour, otherwise, we cannot compete with the global market. Countries like the USA are growing genetically modified crops since 1996. An open, unbiased, scientific debate should be initiated on the issue of GM crops in our country.

Gulrez Alam director of IB group called upon the students of veterinary colleges to come forward and combat fake propaganda about poultry in social media. Vet students should start a campaign on social media to highlight the health benefits of chicken and eggs. When the poultry sector grows it will provide job opportunities to upcoming vets.

Giving his expert comments Tarun Shridhar ex-secretary ministry of fisheries and animal husbandry GOI disclosed that during his tenure he strongly propagated the GM maize but due to pressure from so-called NGOs the govt hesitate to come up with a solid strand. NGOs opposing GM crops are having needless ideology and their claims are not based on due diligence.

Opening remarks were made by Prof Dakshinkar, vice-chancellor Kamdhenu University Chattisgarh, Vote of thanks was given by Dr Amitav Bhattacharya and webinar was coordinated by Dr Pankaj Shukla.

Lessons from avian flu outbreak in India and preventive measures