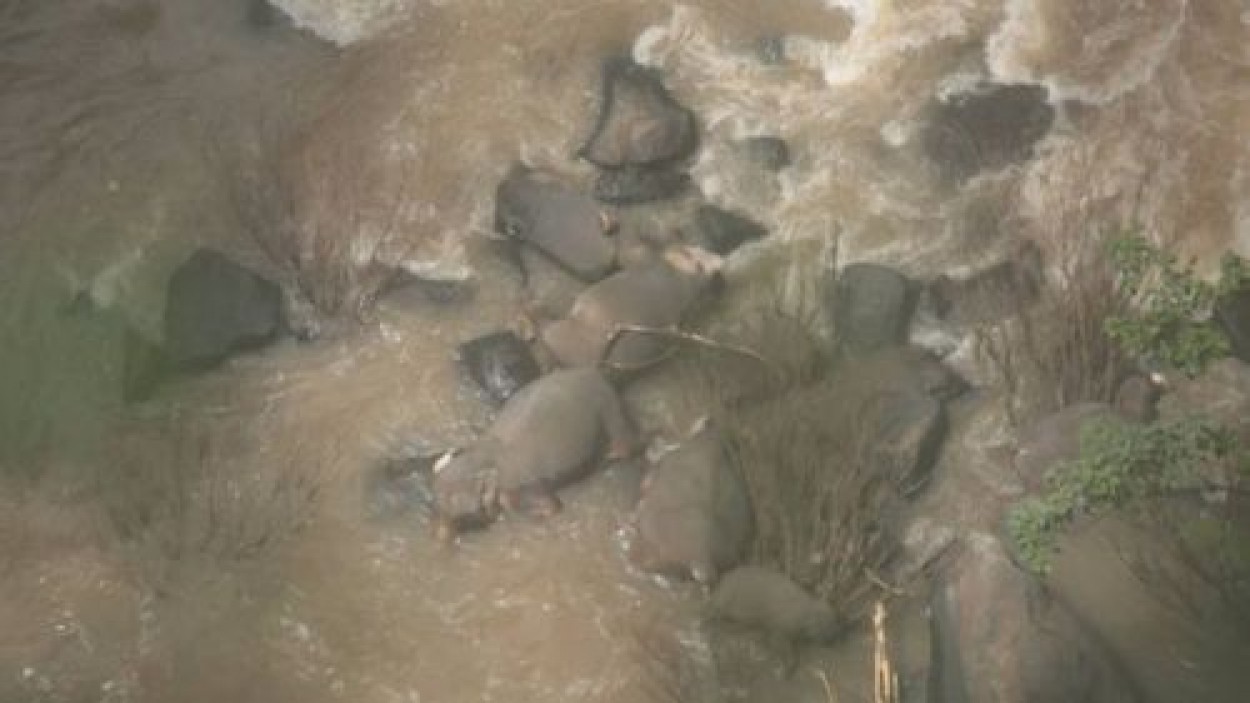 Six wild elephants have died while trying to save each other after falling into a waterfall at the Khao Yai National Park in Thailand on Saturday. Luckily two elephants were saved in the accident. The accident took place at the Haew Narok waterfall in the north-eastern province of Nakhon Ratchasima.

In an interview Parks director, Kanchit Srinoppawan informed that a 3-year-old elephant calf was swept away by the river and the other five elephants tried to save him, but they also fell into the waterfall. The waterfall has been closed temporarily following the incident.

The national resources and environment minister, Varawut Silpa-Archa, told Reuters: “It was an accident. We have often seen this happening.”

Khao Yai national park is about 80 miles northeast of Bangkok, There are about 300 wild elephants in the park, which covers more than 2,000 sq km of forest and grassland.

A similar accident occurred in 1992 when eight elephants were swept over the same waterfall and died, said Edwin Wiek, founder of Wildlife Friends Foundation of Thailand.

Government to develop a master plan for Tigers at High altitude: Javadekar