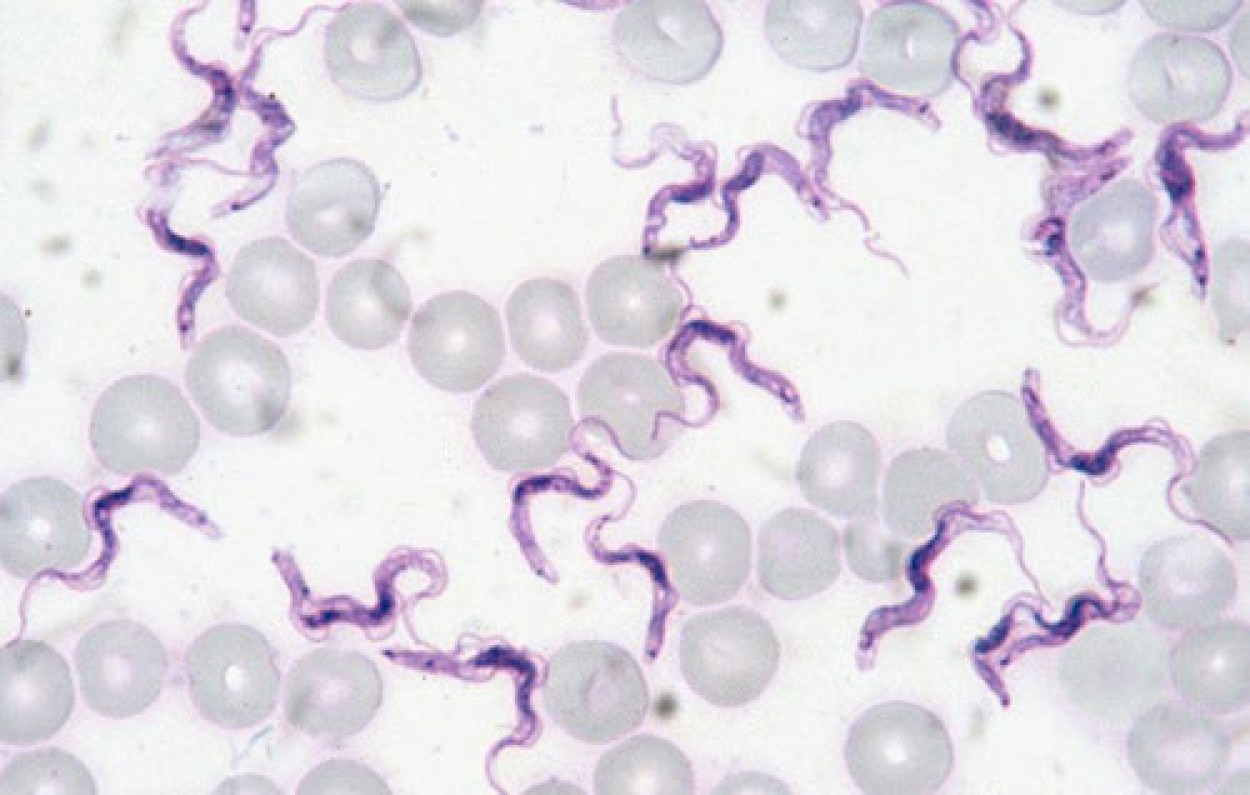 Surra, or animal trypanosomosis, is a tropical and subtropical disease caused by Trypanosoma evansi (a eukaryotic, unicellular, euryxenous, haemoflagellate organism). Due to the disease's detrimental effect on animal productivity, it has a significant societal and economic impact. T. evansi infection is transmitted mechanically by a variety of haematophagous biting flies and affects a wide variety of domestic and wild animals. In India, animal trypanosomosis is a negative input into the conversion of resources into products, goods, and services. As a result of the disease's catastrophic effect on animal health and productivity, considerable economic losses arise. In Africa, animal trypanosomosis costs around US$5 billion per year, with direct losses ranging between US$1 and US$1.2 billion and an annual cost of approximately $30 million for disease control, which includes curative and preventative approaches.

In Trypanosome infection, oxidative stress occurs when there is an imbalance between reactive oxygen generation and the inability to readily detoxify reactive intermediates or repair the ensuing damage. It is critical to maintaining a reducing environment, which is maintained by enzymes by a constant input of metabolic energy. Disruptions in this natural redox state can have a harmful effect by producing peroxides and free radicals, which can cause damage to all cell components, including proteins and lipids.

Superoxide (O 2), hydrogen peroxide (H2O2), peroxyl radicals (ROO), and hydroxyl radicals (OH) are all highly reactive unpaired electron or free radicals. This is produced during T. evansi infections, resulting in the formation of oxidative products and tissue damage. Macrophages appear to be a critical target cell for parasite action in African trypanosomiasis because activated macrophages from mouse models of infection create free radicals such as nitric oxide (NO), oxygen (O 2), and O 2 -derived H2O2. These free radicals are generated when activated macrophages respond to parasite antigens with pro-inflammatory cytokines such as tumour necrosis factor-alpha (TNF-a), gamma interferon (IFN-c), interleukin 1 beta (IL-1B), and IL-6. NO appears to have been produced during parasite infection of T. evansi by reacting with O 2 to form peroxynitrite anion (ONOO) or by the Fenton reaction to form OH. Both ONOO and OH are the most active oxidising agents, initiating lipid peroxidation primarily through interactions with polyunsaturated fatty acids in cell membranes and exhibiting necrotic consequences. The syndromes associated with this parasite infection are serious, and numerous medicines have been utilised to treat the sickness produced by T. evansi. Nitric oxide (NO) can also enter the erythrocyte membrane and combine with sulfhydryl (SH) groups, forming nitrosyl-haemoglobin. In the presence of oxygen, this progressively oxidises to methemoglobin (MetHb). From a functional aspect, oxidative damage to the plasma membrane affects its fluidity and permeability, increasing cell fragility as a result. Free radicals have been reported to act as cytotoxic agents  Due to their function as an O2 and CO2 transporter, the erythrocyte is constantly exposed to free radicals. However, red blood cells possess a strong antioxidant defence that converts free radicals to significantly less reactive intermediates. Apart from their potential impacts on the peroxidation of membrane phospholipids, free radicals can also damage membrane proteins directly, resulting in negative functional effects.

Lipids, particularly polyunsaturated fatty acids, are susceptible to oxidation by free radicals, giving rise to the term lipid peroxidation, which is characterised by the presence of malondialdehyde (MDA). MDA accumulation in tissues or biological fluids is indicative of the degree to which free radicals are generated, oxidative stress is induced, and tissue damage occurs. The findings indicate that T. evansi infection is related to oxidative stress, as evidenced by lipid peroxidation, and that these oxidative alterations impair erythrocytes' ability to resist oxidative damage to the erythrocyte membrane. Oxidative stress and alterations in antioxidant enzymes have also been observed in rats infected with T. evansi, as evidenced by an increase in glucose-6-phosphate dehydrogenase (G6P-DH) and glutathione peroxidase. The increased activity of G6P-DH during T. evansi infections is due to the production of reactive oxygen species (ROS) by erythrocytes, which promotes lipid peroxidation and activates the host cell's hexose monophosphate shunt. Peroxidation of lipids has a number of detrimental effects, including increased membrane stiffness, impaired receptor function, and altered permeability.