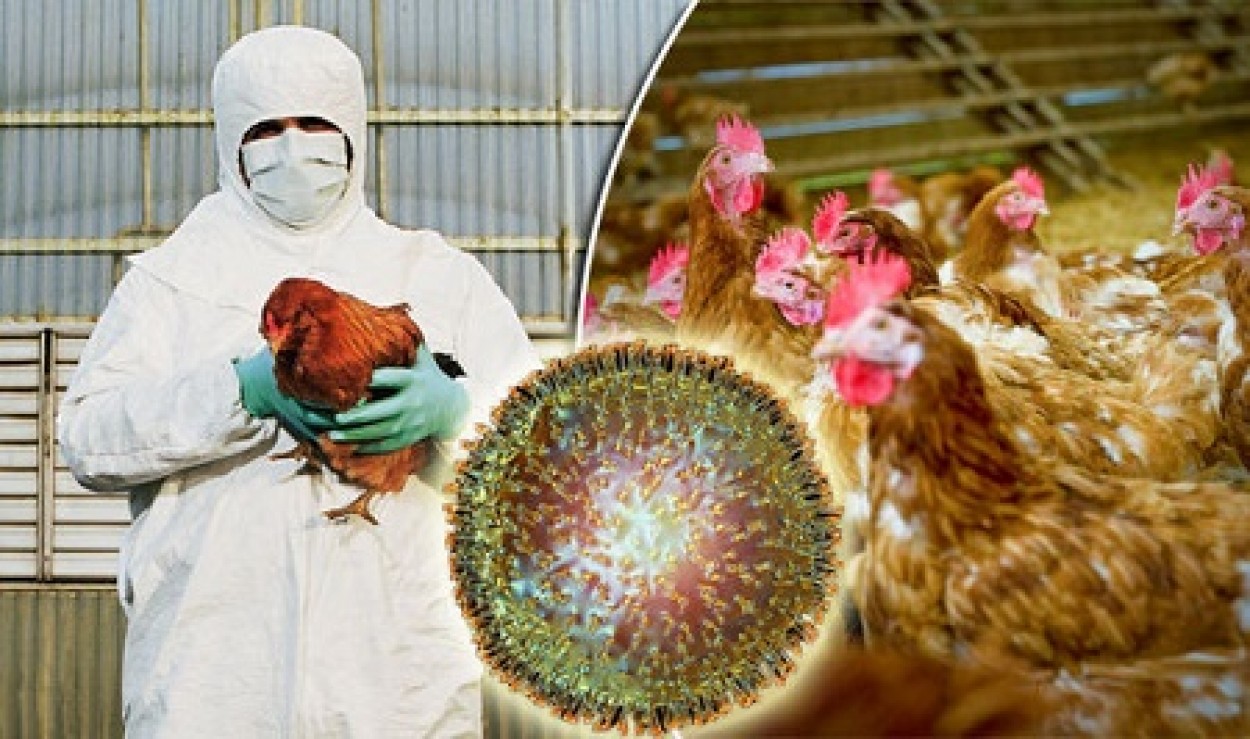 Molecular mechanisms in the pathogenesis of avian influenza

Certain important features of the avian influenza viruses are considered briefly since this would be helpful in understanding the molecular mechanism involved in the pathogenesis of avian influenza.

Avian influenza (AI) virus is an RNA virus. Its RNA is single-stranded, segmented and of negative-sense. Its genetic material is composed of eight segments of single-stranded RNA. These eight segments, which are in fact eight genes, encode 10 proteins of the virus. The eight segments are surrounded by an envelope. The envelope is covered by two different surface projections. These projections are glycoprotein and are of two different shapes. They are (1) haemagglutinin (HA), and neuraminidase (NA). Avian influenza viruses are further pided into subtypes on the basis of HA and NA surface glycoprotein. Each virus has one HA and one NA antigen in any combination. Thus, avian influenza viruses can exist in 144 different possible combinations.

Virus replication: In brief, AI virus HA adsorbs to host cell receptors containing sialic acid, thus initiating receptor-mediated endocytosis. In the endocytes, low-pH-dependent fusion occurs via HA-mediated fusion of the envelope with the endogenous membrane Proteolytic cleavage of HA into HA1and HA2 is an essential prerequisite for fusion and infectivity. The viral nucleocapsids are transported to the nucleus where viral transcriptase complex synthesizes mRNA. Six monocistronic mRNAs are produced in the nucleus and transported to the cytoplasm for translation into HA, NA, NP, PB1, PB2, and PA proteins. The m RNA of NS and M gene segments undergo splicing with each producing two mRNAs, which are translated to NS1, NS2, M1, and M2. The HA and NA proteins are glycosylated in the rough endoplasmic reticulum, trimmed in the Golgi, and transported to the surface where they are embedded in the plasma membrane. The eight viral gene segments along with internal viral proteins (NP, PB1, PB2, PA, and M2) assemble and migrate to areas of the plasma membrane containing the integrated HA, NA, and M2 proteins. The M1 protein promotes close association with the plasma membrane and budding of the virions.

Molecular mechanisms involved in the pathogenesis of avian influenza

The HA gene is the primary determinant of high pathogenicity in chickens. In brief, the cleavage of the HA protein into the HA1 and HA2 proteins is essential for the virus to be infectious and produce multiple replication cycles.

With HPAI viruses, the HA is cleaved inside the cell before virus assembly and is infectious when it is released from the host cell. This effectively increases the cell tropism of the virus leading to virus replication in numerous visceral organs, the nervous system, and the cardiovascular system, leading to systemic disease with high mortality. HPAI viruses are not believed to normally circulate in wild birds, but LPAI viruses can mutate under some circumstances to the HPAI form by changes in the HA cleavage site including: (1) substitution of non-basic with basic amino acids, (2) insertions of multiple basic amino acids from codons duplicated at the haemagglutinin cleavage site, or (3) short inserts of basic and non-basic amino acids from unknown source.

One additional factor, the presence or absence of a glycosylation site, can shield the cleavage so that furin-like proteases cannot function, and the viruses may have an LPAI phenotype even with multiple basic amino acids at the cleavage site.

Causes of Gout in poultry

Why Eggs Are So Good For Your Immunity

How to improve eggshell quality with organic minerals in Poultry