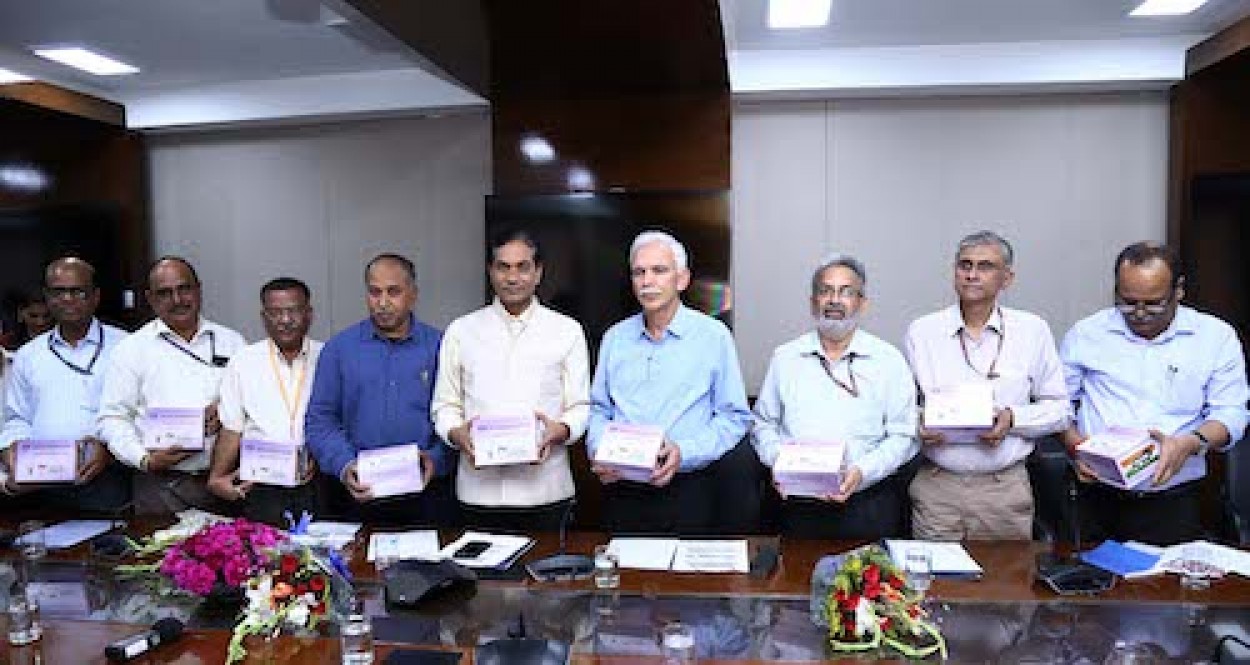 Two diagnostic kits developed by Indian Council of Agricultural Research (ICAR) - Indian Veterinary Research Institute (IVRI) under the ‘Make in India’ initiative, namely the Bluetongue sandwich ELISA (s ELISA) and the Japanese Encephalitis IgM ELISA kit for the control of Swine and Detection of Antigen, were released by Atul Chaturvedi, Secretary Department of Animal Husbandry & Dairying and Dr T. Mahopatra, Secretary DARE and DG, ICAR at Krishi Bhawan on 15th October. This indigenous technology will not just help save foreign exchange as the newly developed kits cost ten times lesser than the imported ones but also has the potential to earn foreign exchange.

Addressing the gathering, Dr Trilochan Mohapatra briefed about the main characteristics of the two Kits. Talking about the Japanese Encephalitis (JE) ELISA Kit (IgM) for Swine, Dr Mohapatra mentioned that the JE is a re-emerging viral zoonotic disease leading to the death of children every year in the country. The kit developed by the ICAR-Indian Veterinary Research Institute is really helpful for assessing the active infection of JE virus in the swine population which predicts the outbreak of JE in the humans. As compared to the commercial kit available in the market at a price of Rs. 52,000; the ICAR-IVRI developed is available for the farmers at a minimal price of Rs. 5,000 only. The Director-General mentioned that each kit is meant for testing around 45 samples.

Highlighting the key features of another Kit “Bluetongue: Sandwich ELISA for detection of Antigen”, Dr Mohapatra stated that the Bluetongue (BT) virus is an insect-transmitted viral disease of domestic and wild ruminants that includes the camelid species. The disease is widespread among the sheep, goats, cattle, buffaloes and camels in the country. With the help of the Kit, the Bluetongue Virus can be controlled with the vaccination of susceptible animals, vector control and quarantine of infected animals with good management practices. Apart from the vaccination, the early diagnosis and isolation of the infected animals are one of the commonly suggested preventive methods for controlling the spreading of the disease.

Atul Chaturvedi applauded the joint initiative by the ICAR and the Department of Animal Husbandry as an incredible initiative. Chaturvedi stated that the release of these two Kits will definitely be beneficial for not only the farming community but the society as a whole. Citing the number of casualties caused by the deadliest diseases in the societies every year, the Secretary mentioned that the Kits will prove to be a real helping hand.

Sushil Kumar, Additional Secretary (DARE) & Secretary (ICAR) applauded the ICAR & Department of Animal Husbandry’s initiative in the designated direction. Shri Kumar stated that the kits have been prepared with care. He accentuated that proper research works by the scientists of both the organizations were carried out before the official launching of the Kits. The Kits were also tested against the mentioned virus and diseases caused by the animals for their validity.

Dr R.K. Singh, Director, Indian Veterinary Research Institute emphasized the measures to be adopted for controlling the spread of various harmful diseases by the birds, pigs and other animals. He stressed that humans are more prone to transmittable diseases. He expressed his concerns about the various cases in which the children are more affected by the diseases as compared to the younger or older ones. He mentioned that the Kits will provide help in achieving our targets effectively and efficiently.