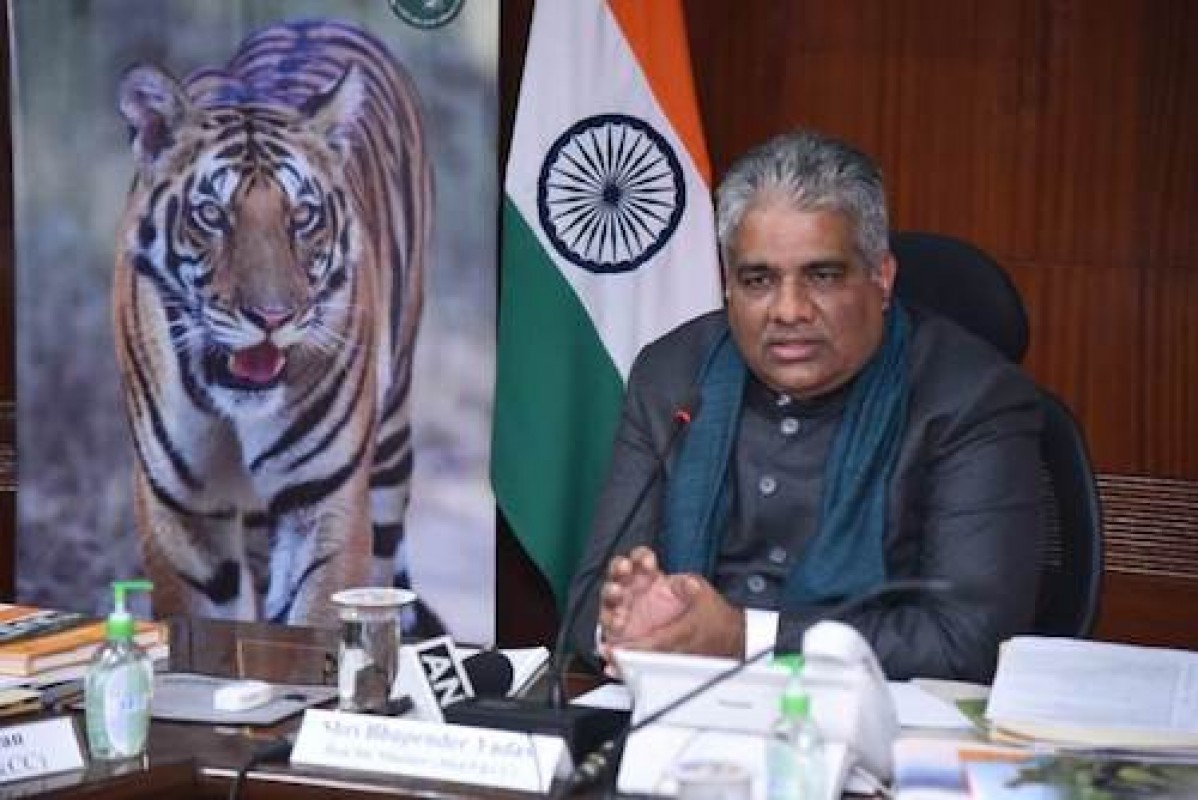 A PowerPoint presentation was made on the occasion explaining various initiatives of NTCA.In his address, Bhupender Yadav underlined the need to have at least three meetings of NTCA in the first week of April, August & December every year. He said while the tiger continues to be an endangered species and the situation calls for adopting as well as active management. He added that for effective management of tiger population it is imperative to have a reliable estimate of tiger number at Tiger Reserve & Landscape Level.

The 5th cycle of All India Tiger Estimation which is currently underway will help in taking correct policy decisions. The minister said we have 51 Tiger Reserves in the country and efforts are being made to bring more areas under the Tiger Reserve network. The minister said that the tiger reserves are not just for tigers because more than 35 rivers originate from these areas which are crucial for water security.

Referring to poaching the minister said that the air gun problem in northeastern states is an issue that states & UT have been advised by the ministry to organise awareness programs so that people can surrender their airguns.

As part of effective regulation of tourism activity in the Tiger Reserves, the minister said that there should be one core area which should be sacrosanct and vehicular movement in the reserve being one way.

Tiger Conservation efforts in the Indian context have the community at its centre, hence continuous efforts are being made for the involvement of local communities in protection and Eco-tourism activities.

The Minister also informed that today 14 Tiger Reserves have been accredited under CA|TS and NTCA is working on getting other Tiger Reserves evaluated for CA|TS accreditation, the minister also said there is a need for a vision plan to put Tigers on the assured path of recovery and conservation and suggested that six committees be formed so that they can visit 2 Tiger Reserves and study various aspects and problems to help in formulating better policy.

The Minister said that Prime Minister is keen on protection and conservation of 7 major big cats including Cheetah numbering 50 over a period of 5 years will be introduced in various parks.