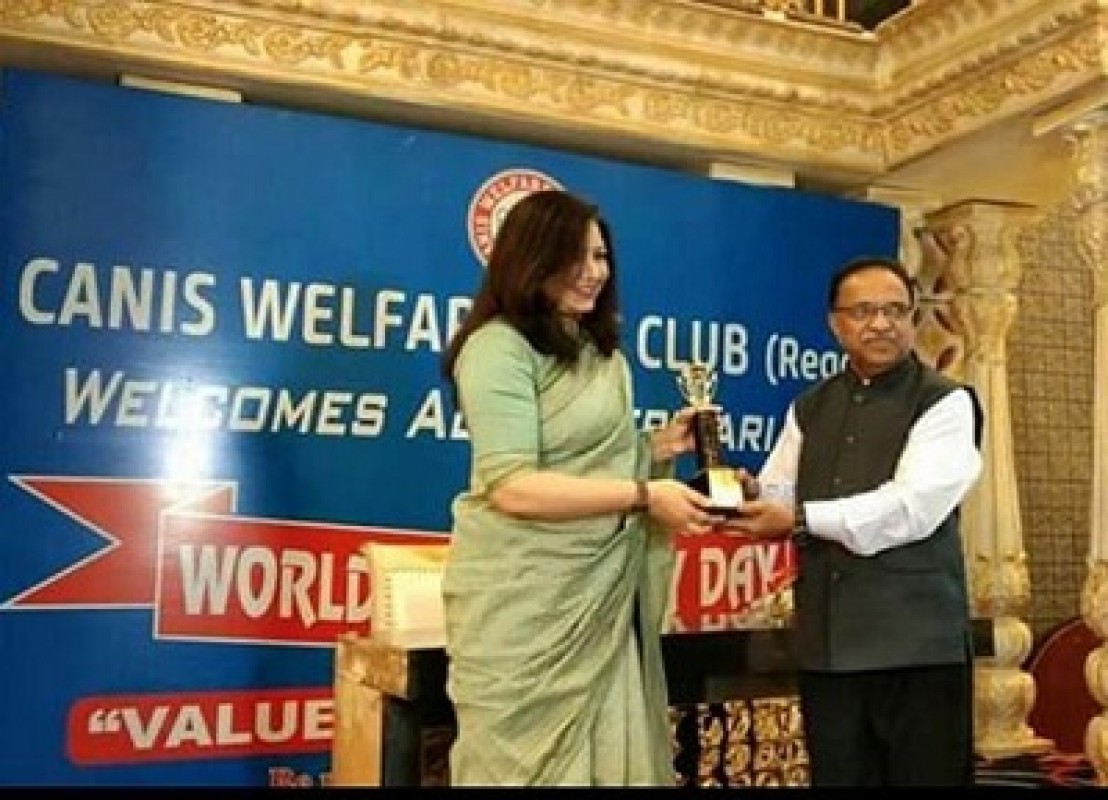 Dr.Neelam Bala, Secretary of the Animal welfare Board of India(AWBI) has been felicitated by Animal Husbandry Commissioner, Govt of India who is  HOD of the  department of the Animal Husbandry and Dairying , Ministry of Agriculture and Farmers Welfare,  Government of India is also Ex-officio Member of the AWBI  under provision  of the Prevention of Cruelty to Animals Act, 1960 . The  felicitation program was held in Delhi on 27th April, 2019 on the occasion of World Veterinary Day(WVD) organised by "CANIS Welfare Club" , New Delhi to highlight the lifesaving work performed by veterinarians around the World .

"ANIMAL WELFARE THINK TANK TEAM" feel proud upon Dr. Bala  who is   currently responsible to monitor  animal welfare activities  through  policy formulation , enactment  and implementation of the  animal laws  and  other welfare measures in the country  in association  with animal welfare organisations agencies of the center and state and animal lovers. She is first women  Secretary of the Animal Welfare Board of India  and recipient of the Young Scientist Award for  outstanding research and development in animal Genetics and Breeding. She is an articulate personality, good orator,  prolific writer and able administrator. She has started her career as field veterinarian  and later on, she developed herself in the area of  animal science  research, development  and conservation of animals' breed to protect the the environment and ecosystem .  On behalf of the ANIMAL WELFARE THINK TANK TEAM ,animal welfare activists,  animal welfare organisations and animal lovers,we convey our good wishes Dr. Bala to keep up the  mission  and move forward.