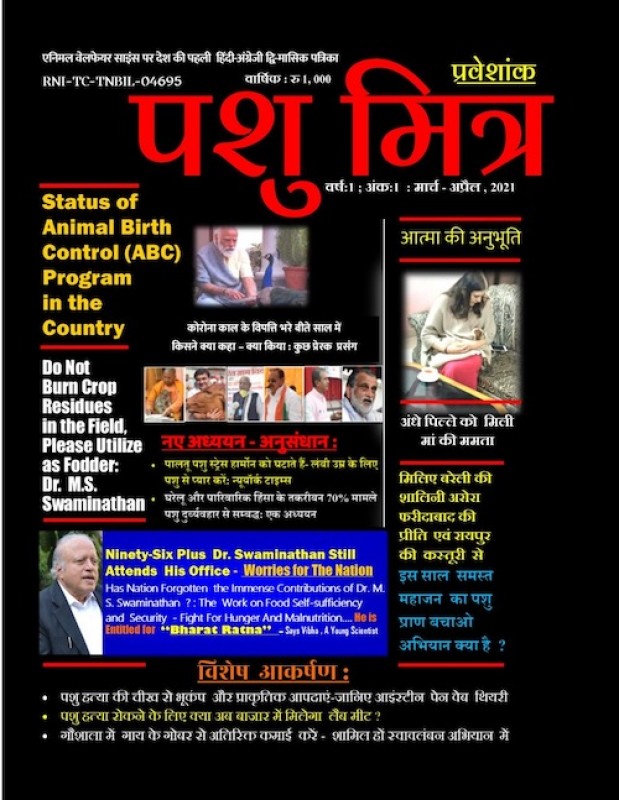 Maneka Sanjay Gandhi,  MP and former Central Minister release the  Pashu Mitra, a bi-monthly  Hindi - English journal dedicated to the covering of Animal Welfare Science.  Editor in Chief, Dr R B Chaudhary, former Editor - Media Head and Assistant Secretary of the Animal Welfare Board of India(AWBI)  said that the journal is released by  Smt Menaka Sanjay Gandhi at her residence today and a very attractive photo of the release along with animals has been sent to the Editor. Dr Chaudhary also stated that Pashu Mitra is determined to cover all the aspects of animal welfare, particularly information relating to the prevention of cruelty and welfare of the animals. 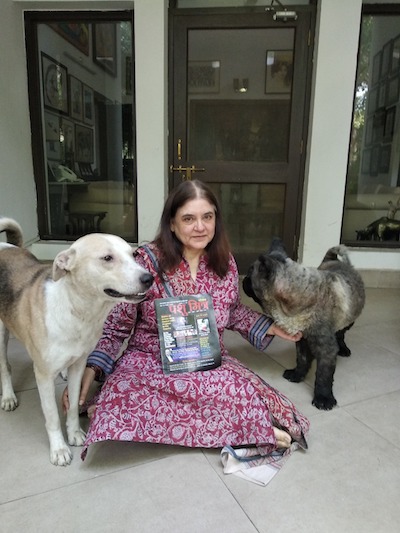 Journal will also cover the matter relating to goshala development, recent advances in animal welfare including issues relating to conservation, preservation and protection of all kind of animals and even, wildlife and marine animals. He has requested all the animal lovers to receive a complimentary of the journal, then the complete address and phone number to be forwarded to the  Chief Editor  Dr R B Chaudhary (8610837079/9789859008; chaudharyrb.dr@gmail.com)  to obtain the copy.