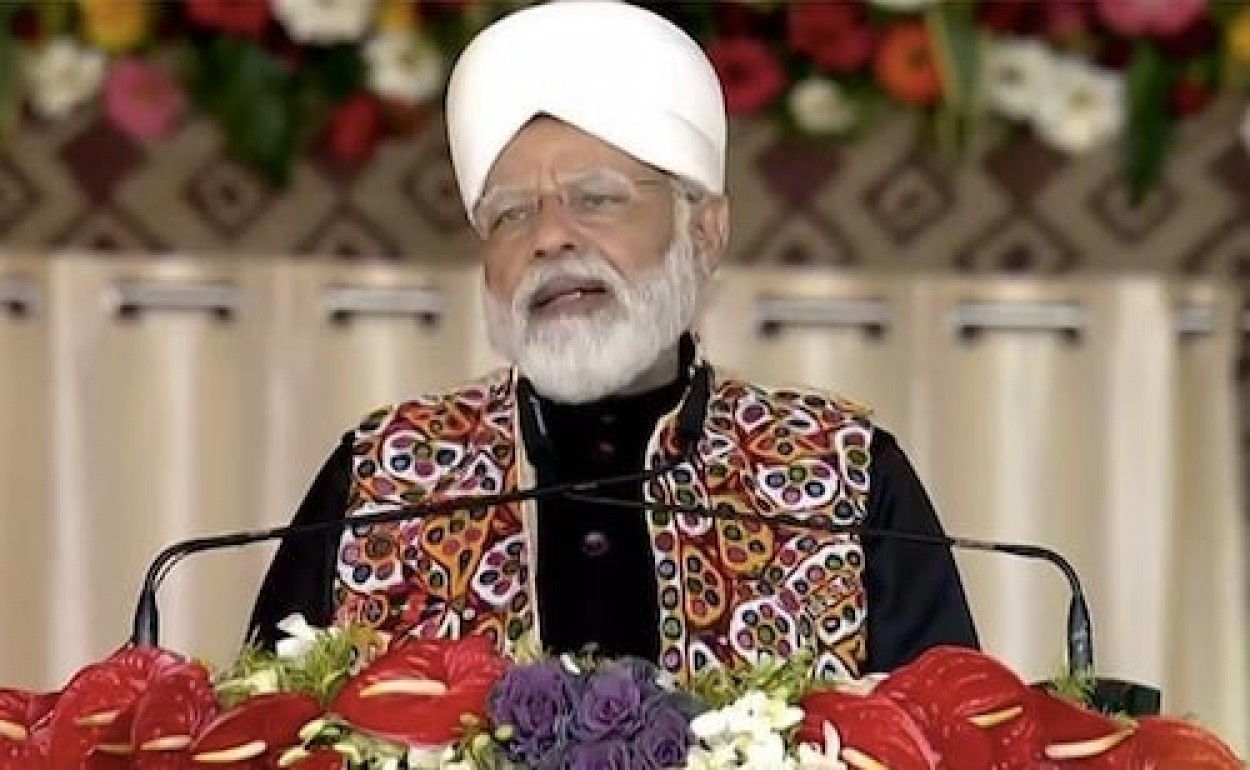 Prime Minister, Narendra Modi laid the foundation stone of ‘Banas Dairy Sankul’ at the UP State Industrial Development Authority Food Park, Karkhiyaon, Varanasi on 23rd December.  Spread across 30 acres of land, the Dairy will be built at a cost of about Rs 475 crores and will have a facility for processing 5 lakh litre of milk per day.

Addressing the gathering on this occasion, the Prime Minister underlined the importance of livestock. He said “talking about cows can be a crime for some people, cows are revered as mothers by us. People who make fun of cow-buffalo forget that the livelihood of 8 crore families of the country is run by such livestock.” He added “strengthening India's dairy sector is one of the top priorities of our government. In this series, the foundation stone of Banas Kashi Sankul has been laid here today.” He also talked about the nationwide immunisation programme for foot and mouth disease among cattle. The milk production in the country has increased by about 45 per cent as compared to 6-7 years ago. Today India produces about 22 per cent of the world's milk. “I am happy that today UP is not only the largest milk-producing state in the country, it is also significantly ahead in the expansion of the dairy sector”, Prime Minister said.

The Prime Minister expressed his firm belief in the role of the dairy sector, animal husbandry and the new push in the white revolution in transforming the lives of farmers. Firstly, he said, animal husbandry can become a huge source of additional income for the small farmers of the country, whose number is more than 100 million. Secondly, India's dairy products have a huge market abroad, in which there is a lot of potentials to grow. Thirdly, said the Prime Minister, animal husbandry is a great way for the economic upliftment of women, to further their entrepreneurship. The fourth is that livestock is also a big basis for biogas, organic farming and natural farming.

Deficit of 23% dry fodder, 32% green fodder and 36% concentrate in the country