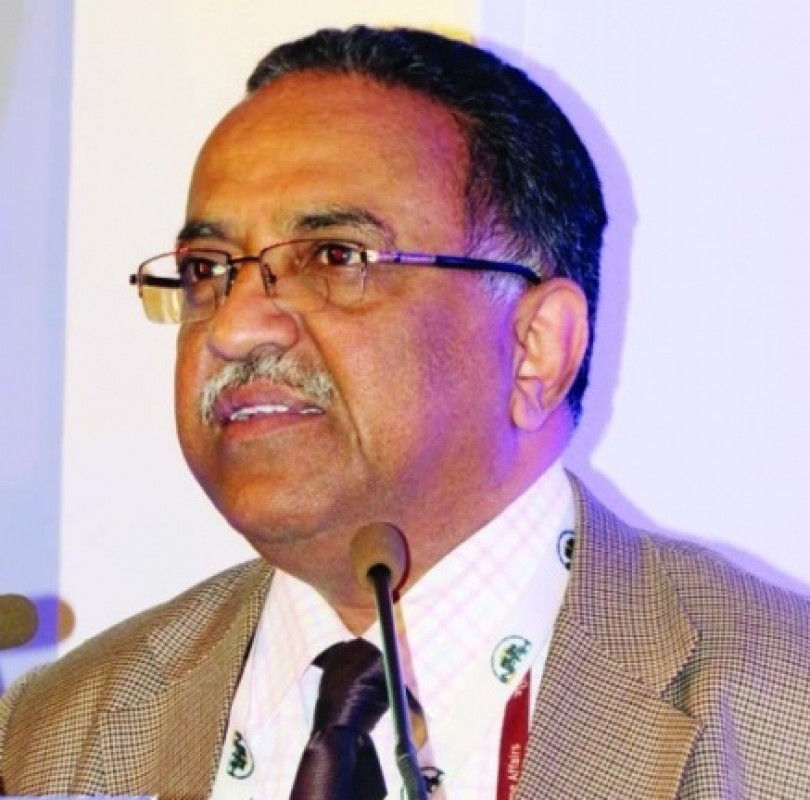 At Pashu Sandesh we have always endeavoured to bring forth to our readers the view of Government on various policies and programs while highlighting the issues of Veterinary profession. To this effect we are presenting here an interview of Dr Suresh S Honnappagol, Commissioner Dept. of Animal Husbandry, Dairying & Fisheries Ministry of Agriculture, Government of India.

Following is the excerpts from the interview: (For Brevity, Pashu Sandesh will be written as PS and Dr Suresh S Honnappagol as SSH)

PS: Milk is the biggest crop of our country, still Animal husbandry sector not given the status of Agriculture. What are your views on the issue?

SSH:  India is contributing about 20% of world milk production at around 176.35 million metric tonne and it is growing at more than 6% per annum while World’s growth is around 1.8%. Milk is India’s largest crop worth around Rs 6.5 lakh corer which is much more than paddy and wheat put together. Nearly one-fifth of the Agriculture GDP is contributed by Milk alone. Till ‘70s, per capita consumption was only 110 gram per person per day and today, it is 376 gram per person per day.

PS: Is there any plan to give credit cards to Dairy Farmers also on the lines of Kisan Credit Card (KCC)?

SSH: In the Budget 2018 it has been stated that   Kisan Credit Card facility would be extended to fisheries and animal husbandry farmers to enable them meet their working capital needs. The Department of Animal Husbandry, Dairying and Fisheries, Govt. of India is working with NABARD to finalise KCC facility for dairy and fisheries farmers. Most of the dairy farmers are landless and marginal and only limited assets are available for Guarantee of KCC. NABARD is in discussion with Banks to formalise the guidelines for KCC for dairy and fisheries farmers.

PS:Your views on the establishment of Sex Semen sorting stations

SSH:  With intensive mechanisation of Agriculture, utility of male bovines have reduced. Farmers are not willing to maintain Bullocks for agriculture or for any other draft work thus male calves born at farmer house are becoming a liability. Farmers often let the male calves loose which are resulting into increase in stray animal population.

Only female calves can be produced (with more than 90% accuracy) by use of latest technology like Sex Sorted Semen in AI program. This technology can be a game changer for India. Extensive use of this technology will not only address the stray animal issue but would also increase the number of female animals thereby increasing income of farmers.

Two projects for establishing facility of Sex Sorted Semen Production each at Rishikesh, Uttarakhand and Pune, Maharashtra are approved by Project Sanctioning Committee under phase-I. It is expected that by end of December 2018 Sex Sorted Semen of Various Indigenous Breeds would be available.

PS:Are we working to develop our own indigenous sexed sorting technology

SSH:  Indian Council of Agriculture Research (ICAR) and Department of Biotechnology (DBT) are working to develop indigenous technology for Sex Sorting of Semen.

PS: Whether AI should be implemented as mass program with targets or it should be a demand driven exercise?

SSH:  AI is largely a demand driven activity.  Currently AI coverage in the country is around 30% i.e nearly one third of the animals are bred through AI and rest two third are either bred naturally or left un-bred. By increasing AI coverage the Milk production can be increased substantially duly upgrading the production and sustaining the productivity. During 2017-18 76 million AI was reported across the country and is increasing with annual growth rate of 6%.

Target based AI of indigenous breed started with launch of Krishi Kalyan Abhiyan in Aspirational Districts notified by NITI Aayog. During 1st June -31st August 2018 and 2nd Oct-31st Dec 2018, it is envisaged to carry out 38 lakh AI with Indigenous Breed Semen.

PS:What is the concept of the Gokul Gram?

As of now establishment of 20 Gokul grams is going on in 13 states under this scheme.

SSH:  Government of India under Innovative Project of ‘Productivity Enhancement’ component of National Livestock Mission is implementing Innovative Poultry Productivity Project to encourage poultry entrepreneurship in rural educated and unemployed youth. Along with the model of low-input technology (LIT) birds, it is also encouraging broiler rearing in some selected States on pilot basis.

PS:Disease Control is always a challenge in our country. It affects the export of animal and animal products. What are the hurdles/challenges in the implementation of disease control programmes like FMD-CP?

SSH:  The Central Government is implanting the FMD Control programme in the country before 10th Five Year Plan Period through vaccination. In this regard, the pilot project was taken up by Department of Animal Husbandry, Dairying & Fisheries, Ministry of Agriculture, Govt. of India since 2003 by initiating an intensive ‘Foot and Mouth Disease Control Programme (FMD-CP)’ as one of the component of the Centrally Sponsored Scheme ‘Livestock Health & Disease Control (LH&DC) started in 2003-04 during 10th Five Year Plan Period. Initially the programme was started in 54 districts spread over eight States and five UTs of the country. Based on the efficacy and importance of the programme, the programme was further extended in 351 districts covering 19 States and UTs. During that period about 185 million animals were vaccinated at six monthly intervals. Now, the programme is being implemented as per the pathway (progressive control pathway for FMD; PCP-FMD) laid down by OIE/FAO, with the following objectives:

The programme is implemented in entire country with the aim of FMD Mukt Bharat. Due to the effective implementation of the FMD Control programme, the FMD outbreak has drastically reduced from 879 in 2012 to 146 in 2017.

However, the main hurdles/challenges in the implementation of the disease control are traceability, animal identification and cross border movement of animals which need to be effectively monitored.

SSH:   With the aforesaid initiatives and cooperation and commitment of all states it is prposed to control the FMD Disease by 2030. Further, we have also proposed Andhra Pradesh & Telangana as one zone and Maharashtra as another for recognition as FMD Disease Free Zones by OIE.

SSH:  We are containing the disease at the source by putting the containment zones. The Department is also implementing the concept of compartmentalization as per OIE duly recognizing the poultry establishments that are free from Avian Influenza for facilitating the exports. In view of the Avian Influenza being transmitted through birds the concept of containment zone is the only solution.

PS: What are your views on the combined Vaccination?

SSH:   So as to ensure the efficacy the ICAR has been requested to carry out detailed study on the effectiveness of combined vaccine based on the findings appropriate decision can be taken.

PS:In your view what is the biggest achievement of your tenure so far?

SSH:  I have discharged my duties to the full satisfaction of the profession and the stake holders of the sector. Some of the important initiatives are;

1. Facilitating OIE Mission visit to Evaluate FMD-CP so as to consider the same for Official Endorsement by OIE

2. Dossiers proposed for Andhra Pradesh & Telangana as one zone and Maharashtra as another for recognition as FMD Disease Free Zones by OIE

3. Extensive OIE-PVS Mission visit to assess the Performance Veterinary Service of the country

4. Successful Conduct of Mass AI followed by Estrus synchronization in Indigenous and Non-Descript cattle during October 2016 so as to introduce Assisted Reproductive Technologies at field level

5. Organization of Mass Embryo Transfer of Indigenous breeds of cattle during October 2017 to create awareness among farmers

6. Mechanisms for frequent Interdisciplinary interactions with public health professionals to achieve the objectives of One Health

8. Conduct of workshops for AI Technicians at regional level to motivate for better AI coverage

9. Development of MSPs for Ovine & Caprine semen production and AI

PS:  Any message to Veterinary community you would like to give

SSH:  This profession is very noble and we are all blessed to serve this profession which has direct impact on the livestock farmers lively hood security and to ensure safe quality animal protein availability to the growing population.

The authorities concerned have to sensitize about the importance of any scheme before its implementation so that optimal performance by the veterinarians to reach the unreached becomes possible.

We are not only mitigating the pain and suffering of dumb animals but also ensuring human health by combating diseases of zoonotic importance since Animal health is Human health and Wealth.

LONG LIVE this profession!  Thanks to Pashusandesh team.