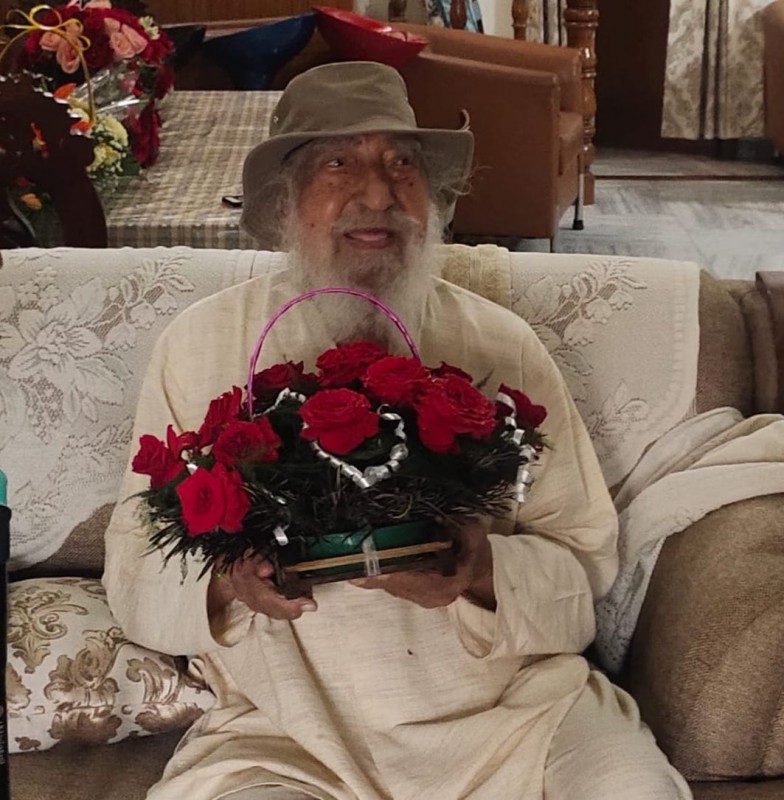 Captain (Dr) Rattan Singh Dayal, the longest living Vet has recently celebrated his 100th Birthday. Captain Rattan Singh was born on July 30, 1920, and did his LVP( Hons) from Veterinary College Lahore (now in Pakistan) in 1941.

His first posting as a Veterinary Officer was at Gurgaon. In 1942 he joined Indian Army Vet Corps at the peak of World War II and through 1942 to 1946...served at various foreign countries such as Egypt, Palestine, Trans-Jordan( named like that time) Syria, Sicily, Italy and Greece to name few. He was decorated with Indian Distinguished Services Medal. Incidentally, his younger brother Lt Gen Ranjit Singh was also a decorated Army Officer who went on to become Lt Governor of Puducherry and Andaman and Nicobar before his death in 2012.

After his return to India Captain Rattan Singh was posted at Military Dairy Farm Jalandhar. Following discharge from the army, he joined the Civil veterinary department and served in various administrative capacities. He took advanced training at the UK in animal nutrition and farm management and in Scotland and Wales for sheep breeding.

Captain Rattan Singh also served as Superintendent of Govt Livestock Farm Hisar in 1959. On the reorganisation of Punjab, he was promoted as the First Director Animal Husbandry Haryana.

In 1970 he went to Australia to study sheep and Wool Industry. He was the person who established Indo-Australian sheep Breeding and Indo-Australian cattle breeding projects at Hisar which now work as different Sectors. He also served as Milk Commissioner.  He retired from service on July 30th 1978.