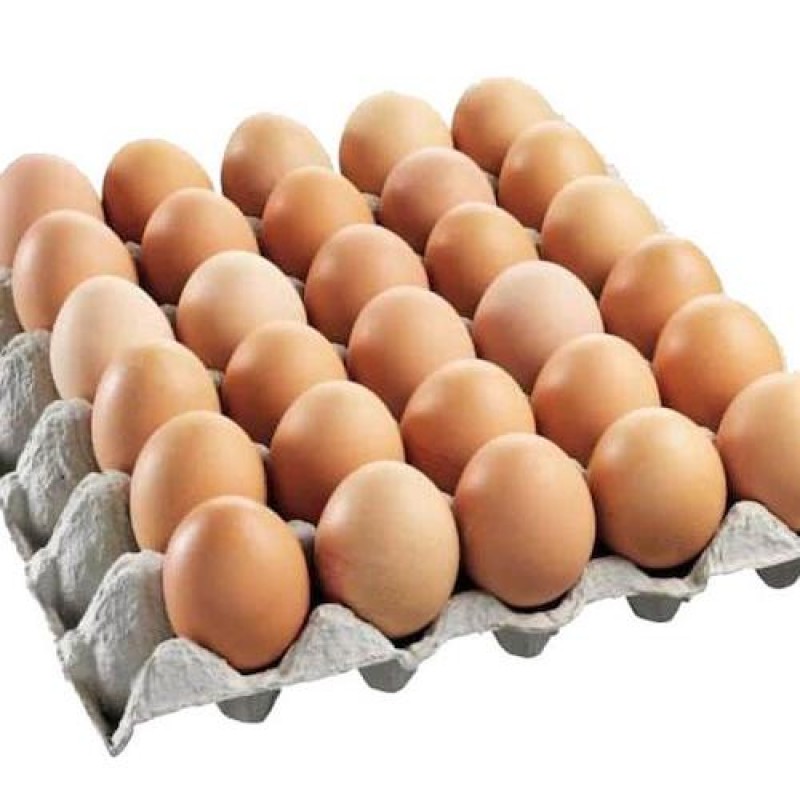 The eggshell serves as a major packaging repository as well as a microbiological barrier, both of which are critical for chicken farmers. As the egg travels through different portions of the oviduct, the layers of the eggshell are laid down in a precise order. The cysteine-abundant proteinaceous shell membrane, the mineralized hard complex layer, and the outer non-mineralized cuticle are the three primary layers of the hen eggshell, each with its own unique morphology. When an immature egg passes through the proximal isthmus, it takes 1-2 hours for the shell membrane to form. In the distal isthmus and shell gland, a mineralized multi-layered hard complex layer forms in roughly 19 to 20 hours. Nearly 1.5 to 2.0 hours before oviposition, the cuticle is placed onto the eggshell in the uterus. The eggshell is mostly calcite, with a thin layer of hydroxyapatite in the inner cuticle. The pigment produced from brown eggshells was first termed norcodeine. The brown pigment was later identified as protoporphyrin IX.

In addition to protoporphyrin IX, domestic hen eggshell and shell gland contain biliverdin, coproporphyrin, and uroporphyrin. However, protoporphyrin IX is the dominant eggshell pigment in brown-egg laying hens, with traces of other porphyrins. Some shell characteristics, such as shell strength and hatchability, have a positive correlation with brown eggshell colour. Aside from quality functions, the brown pigment has been shown to have bactericidal activity against certain gram-positive bacteria.

Nutrition has little impact on the colour of the shell. Nutrient deficits, on the other hand, can affect the entire egg development process, including the shell. In cage flocks, egg colour is often well maintained, but there is anecdotal evidence that shell colour is more difficult to preserve in free-range flocks. Eggs from free-range flocks have been reported to be lighter in colour than eggs from cage systems.

Egg colour is genetically encoded, however, it varies from flock to flock. The colour of the eggshell is thought to be controlled by a number of genes that encode proteins and enzymes, regulating the formation and deposition of pigment in the shell, although the genes responsible in brown-egg laying chickens have yet to be found.

A dominant gene, which is epistatic to the recessive white shell colour gene, causes brown eggshell colour. In terms of eggshell colour, hen nutrition is an area that should be investigated. Supplementing Lohman hens diet with Bacillus subtilis enhanced the brown colour of their shells in some research findings. Some studies found that Fe-soy proteinate chelate supplemented feed increased the colour of brown-egg laying hens' eggshells substantially.

Brown-egg laying hen breeders strive to produce homogeneous dark-brown coloured eggshells through selective breeding. Among brown-shelled egg-laying breeds, significant variances in shell colour have been observed. When compared to white-shelled eggs, the amount of brown and blue pigments are higher in the shell gland and eggshells of brown and blue eggs, indicating that pigment is breed specific. Hens that produce lighter-coloured eggs at the start of their laying period also lay lighter-coloured eggs later on.

Some diseases impact egg production by causing damage to the oviduct. In terms of influence on shell colour, IB is the most important. IBV strains have been demonstrated to affect isthmus gene expression of collagen type I and calcium-binding protein 28kDa (CaBP-D28K) in the uterus, causing eggshell formation abnormalities.

Mycoplasma spp., Newcastle disease, and egg drop syndrome 76 are other diseases that cause brown shell colour degeneration, although their mechanisms of action are unknown. Some parasite illnesses that affect the oviduct (e.g., Leucocytozoon caulleryi) can result in the development of paler-shelled eggs.

Moulting stress has been demonstrated to have a significant impact on eggshell colour once the hen resumes laying, with the severity of the response varying from hen to hen. Brown-egg laying chickens may lay lighter-coloured eggshells as a result of being confined in high densities in deep litter, fear, and frequent disruption. Exposure of chickens to environmental disturbances, bigger group sizes, some drug infusions (e.g. adrenaline, nicarbazin, sulphonamides), and management failure can cause shell abnormalities such as pale colour or superfluous calcium.

Moulting stress has been demonstrated to have a significant impact on eggshell colour once the hen resumes laying, with the severity of the response varying from hen to hen. Brown-egg laying chickens may lay lighter-coloured eggshells as a result of being confined in high densities in deep litter, fear, and frequent disruption. Exposure of chickens to environmental disturbances, bigger group sizes, some drug infusions (e.g. adrenaline, nicarbazin, sulphonamides), and management failure can cause shell abnormalities such as pale colour or superfluous calcium.

Physical stress, such as the removal of feathers in an experiment or a high ambient temperature, has a negative impact on pigment deposition on the shell. Various elements such as egg weight, shell weight, specific gravity, shell breaking strength, shell deformation, shell thickness, albumen height, and yolk colour influence eggshell and egg interior quality. Brown eggshell pigment may alter shell quality, as evidenced by a substantial link between brown shell colour and shell strength. Higher eggshell specific gravity, which is a shell quality indication, has been associated with a dark brown eggshell hue. Some shell qualities, including shell strength and hatchability, have been positively connected with brown eggshell colour, while egg interior quality has no correlation with shell colour.

The majority of eggshell pigments are found in the cuticle and outer layer of calcified eggshells. Premature cuticle formation or the release of stress hormones (epinephrine) results in the production of pale brown-shelled eggs. The intensity of pigmentation can also be affected by the bird's age, the use of certain chemotherapeutic agents, and disease. Infectious bronchitis should be ruled out as the cause of eggshell pigmentation loss.

Although shell colour tends to lighten as hens age, close genetic correlations between measurements taken at different ages suggest that hens who lay eggs with a dark shell at peak production will also lay dark coloured eggs at the end of the cycle. Darker shelled eggs have more and/or larger blood and meat spots, as well as a higher incidence of speckles.

Given the consumer preference for high-quality free-range eggs, the right strain of birds at the right age should be chosen. The flock should be free of stress and disease, and it should be fed an adequate balanced diet to maximise production with minimal variation in shell colour.