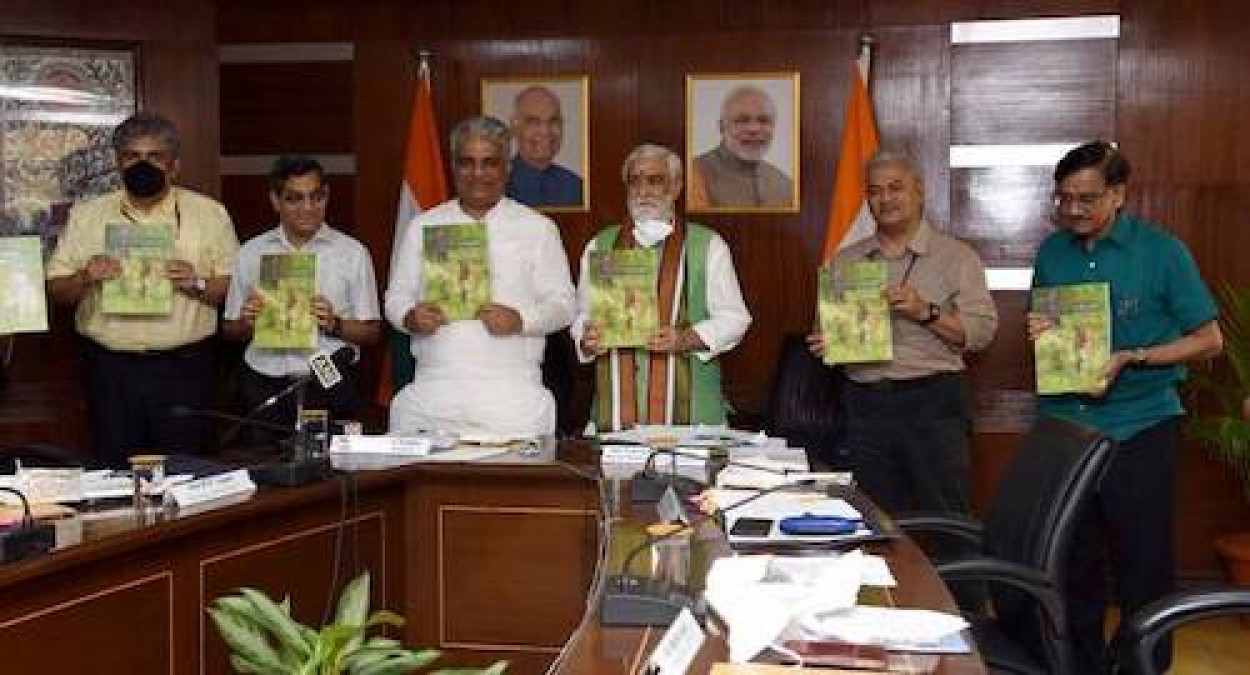 Minister for Environment, Forest and Climate Change, Bhupendra Yadav said that Tiger Conservation is a symbol of conservation of forests and under the leadership of Prime Minister  Narendra Modi, the approach of the Government of India has been an inclusive one integrating scientific & traditional knowledge along with people’s participation which is vital for the conservation of Flora and Fauna of the country. Shri Yadav was speaking at a virtual event on the occasion of Global Tiger Day.

During all India tiger estimation 2018, leopard population was also estimated within the forested habitats in tiger occupied states of the country. The overall leopard population in the tiger range landscape of India in 2018 was estimated at 12,852 (SE range 12,172 - 13,535). This is a significant increase from 2014, a figure that was 7,910 (SE 6,566-9,181) in forested habitats of 18 tiger bearing states of the country.

The event also showcased, the 14 Tiger Reserves in India which received the accreditation of the Global Conservation Assured|Tiger Standards (CA|TS). The 14 tiger reserves which have been accredited are Manas, Kaziranga and Orang in Assam, Satpura, Kanha and Panna in Madhya Pradesh, Pench in Maharashtra, Valmiki Tiger Reserve in Bihar, Dudhwa in Uttar Pradesh, Sunderbans in West Bengal, Parambikulam in Kerala, Bandipur Tiger Reserve of Karnataka and Mudumalai and Anamalai Tiger Reserve in Tamil Nadu.

Conservation Assured | Tiger Standards (CA|TS) has been agreed upon as an accreditation tool by the global coalition of Tiger Range Countries (TRCs) and has been developed by tiger and protected area experts. Officially launched in 2013, it sets minimum standards for effective management of target species and encourages the assessment of these standards in relevant conservation areas. CA|TS is a set of criteria that allows tiger sites to check if their management will lead to successful tiger conservation.

The event was also attended by Ashwini Kumar Choubey, Minister of State for Environment who emphasized the age-old tradition of living in harmony with nature and all forms of life and said that as a top predator, the tiger plays a critical role in maintaining a healthy ecosystem and exhorted all to come together and join hands to save our tigers and their natural habitat.

In the presence of both the Ministers, the National Tiger Conservation Authority (NTCA) felicitated some of the forest frontline workers as ‘BaghRakshaks’, to recognize their outstanding contribution towards the protection of tigers and forests. “Our forest force continued to toil day and night; protecting forests and wildlife even during the deadly Covid-19 pandemic,” said the Union Environment Minister and congratulated all the frontline forest staff for their undying spirit which continues to protect our natural heritage.

The Government of India took a proactive step to classify forest and wildlife protection as ‘essential services’ during the lockdown. The Country’s forest force continued to toil day and night; protecting forests and wildlife even during the deadly Covid-19 pandemic.

The event also saw the release of a special edition of the National Tiger Conservation Authority’s (NTCA) quarterly newsletter ‘STRIPES’, commemorating Global Tiger Day, by both the Ministers, Secretary, Ministry of Environment, R P Gupta and other senior officials of the NTCA.