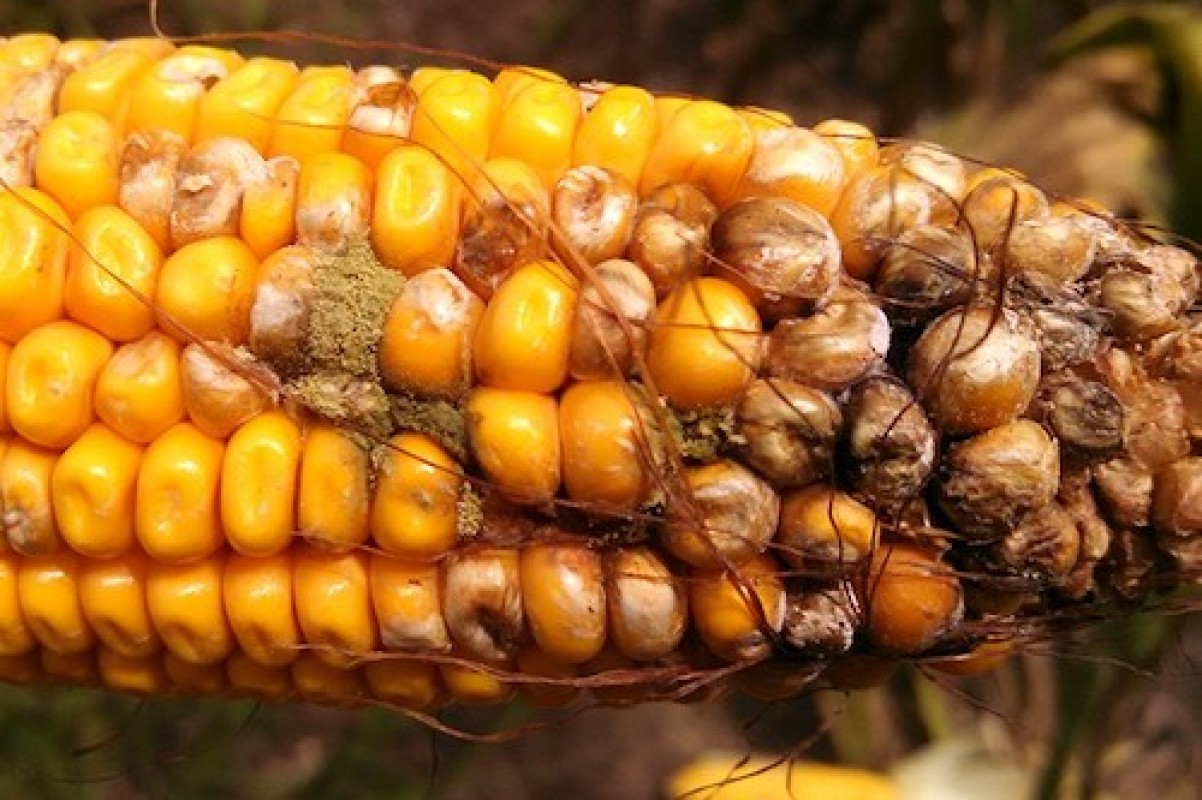 Mycotoxins in poultry feed pose a constant threat to the poultry industry globally. According to the Food and Agriculture Organization Report, 25% of the world's growing crops are affected by mycotoxins each year, with annual losses of around 1 billion metric tons of food and food products. The reasons for mycotoxins to receive this particular attention are their undesirable health effects, decrease in the production rate due to the spoilage of feed, and overall economic effects which are reflected in international trade of food and food products. Therefore, control of fungal development and mycotoxin production is crucial for feed and animal producers.

Preventive measures to be taken to reduce mycotoxins

a) Handling of grain at the farm level.

c)  and controlling moisture level are the needful measures to control Mycotoxins in the raw material.

Several factors increase a bird’s susceptibility to mycotoxins, such as:

a) Birds being placed in a hostile environment, e.g. high temperatures and humidity

Immunotoxic substances such as mycotoxins are unsuspected players in the failure of vaccines to provoke a proper immune response. The effects of mycotoxins in poultry are very complex and vary greatly according to their mechanism of toxicity affecting several organs, and in case of high contamination levels, may even lead to the death of animals.

More than 50% of the feed consists of Maize and infected Maize attributes to 50% of Mycotoxins. Mycotoxins are going to be a future major challenge for Poultry farmers as mycotoxin infected birds are susceptible to disease which will substantially decrease productivity causing economic losses. This necessitates a comprehensive single solution which has got broad spectrum mycotoxin binding efficacy against mycotoxins.

Aggressive Ad and awareness campaign can save poultry in Corona:Tarun Shridhar

CLEANING AND DISINFECTION OF POULTRY HOUSE