Amid the ongoing COVID crises in the country, there are reports which act as a mood lifter and renewed resolve in the song of life. A severely injured Leopard from the deadly snare of a poacher got a new lease of life, thanks to some innovative thinking by the treating Veterinary Officer. 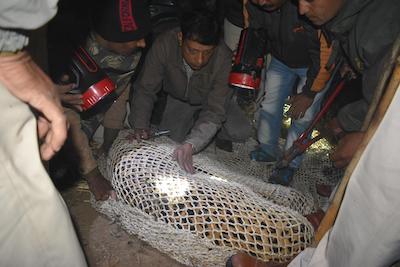 On 18th Jan 2020, a near-dead Leopard was brought from the Forest area of Raisen’s Dewanganj in Madhya Pradesh to the rescue centre at Vanvihar wildlife sanctuary situated at Bhopal. Treating Veterinary Officer Dr Atul Gupta examined the Animal and found it with deep lacerated wounds around the neck and trunk area which as per the Deputy Director of Vanvihar, A K Jain was sustained while struggling to break free from a snare made up of clutch wire placed by poachers. 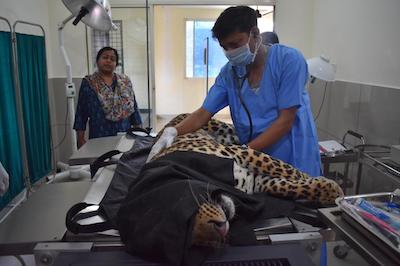 This male Leopard was kept at the indoor ward of the Vanvihar wildlife Hospital. Dr Atul Gupta and his support staff didn't lose hope and immediately started all the lifesaving measures including intravenous fluids and antibiotics. Since the animal was not taking any oral feed, it was given parenteral nutrition. The animal was kept in a squeeze cage which prevents the unnecessary movement of the animal. Two surgeries were subsequently performed and minimal human interference was ensured including the monitoring by the CCTV cameras.

Due to the utmost dedication and meticulous care provided by Dr Gupta and his team, the Leopard finally recovered completely and after taking due permissions from the Chief conservator of Forest, the animal was released into its natural environment at the Ratapani sanctuary on 20th May 2020. It was a momentous occasion for the Vanvihar team and the sweet reward for their 4-month effort. 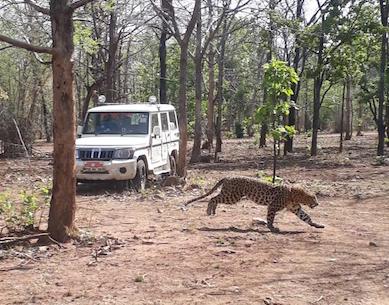 This was a heartwarming story of Man Vs Wild where a Vet and his dedicated team played an angelical role in the life an Animal. In the beginning, we talked about innovation. Normally whenever a wild animal is treated for any reason, human interaction and interference is the cause of a great deal of anxiety in the Animal. In the fit of rage and anxiety, it is common for the animal to bite and struggle inside the housing cage which often results into broken teeth and claws which are an essential tool if Animal needed to survive on its own in the wild. Most of the times these animals end up in the protective environments of Zoos and rescue centres as for them the survival in wild is near impossible. Dr Atul Gupta, in this case, ensured minimal human interaction by keeping the cage covered which prevented the animal from getting the site of its human handlers. The Leopard treated by Dr Gupta was able to save its hunting tools ie Teeth and Claws which enabled its relocation in the Wild.

Pashu Sandesh congratulates Mr A K Jain for the coordination and Dr Atul Gupta and team for not only treating this difficult case but also providing innovation for the Wildlife Vets across the country.